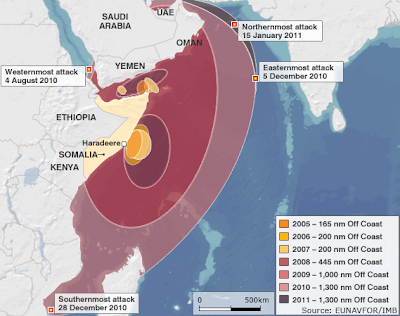 With all the naval assets from the USA and Europe being redeployed from antipiracy patrols in the Indian Ocean and Red Sea to the Mediterranian to support the blockade and no-fly zone overe Mumar Ghdaffi's Libya, one would think it would only be a matter of time before the pirates took advantage. Of course, even before the deteriorating situation in Libya, the pirates simply got around the increased international naval patrols by venturing further out into the Indian Ocean- from the Straits of Hormuz to the north, Mozambique to the south. 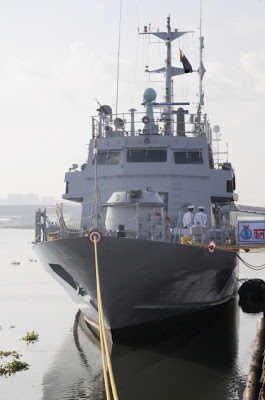 INDIA: The Indian Navy took 61 pirates into custody after the fast attack craft INS Kalpeni pursued and exchanged fire with a Somali pirate 'mother ship' earlier this month. The mother ship was the Vega 5, a Mozambique fishing vessel that was seized by pirates some 200 nautical miles southwest of the Comoros Isles in the straits of Mozambique in late December 2010.

According to naval officials, the operation began when they received a distress call from MV Vancouver Bridge which was under pirate attack on Friday last. A naval Dornier maritime recce aircraft located Vega 5 in the area. Seeing the naval aircraft, the pirates abandoned their attack and tried to flee. While the Dornier continued to track the pirate mother vessel Vega 5, the Navy's missile corvette Khukri and FAC Kalpeni, which had been deployed in the area for anti-piracy patrol, were diverted to intercept and investigate Vega 5, the Navy said. The pirate mother vessel launched two skiffs which fired at Kalpeni, which was closing in on Vega 5 in Saturday night. INS Kalpeni responded with limited firing. By then it was observed that a fire had broken out on Vega 5, apparently originating from the additional fuel drums that the mother vessels of the pirates are known to be carrying to fuel the skiffs. Personnel were also seen jumping overboard. INS Kalpeni along with INS Khukri nabbed 74 men, including 61 pirates and 13 members of the original crew of the fishing vessel. Preliminary investigations revealed that the pirates were carrying about 80 to 90 small arms and rifles and a few heavier weapons likely to be RPGs, the release said. Indian Navy has already apprehended two pirate mother ships on January 28 and February 11 and had nabbed 43 pirates in those two operations.

According to Oceanus Live the turnaround time for the pirates using a captured vessel as a 'mother ship' is remarkable.

The most surprising aspect of Somali piracy this week has been the speed of turnaround for capturing a merchant vessel and using it as a mothership to conduct operations against other innocent seafarers. The Indonesian MV Sinar Kudus was hijacked by up to 50 pirates, taking the 20 Indonesian crew hostage. Within 24-hours the vessel had enabled the pirates to carry out an attack on the MV Emperor. The Sinar Kudus capture followed the release of the MV Hannibal II, which had been held for 4 months and used as a mothership, for a ransom of $2million.

PUNTLAND: Earlier this month, an attempt by Puntland to rescue a Danish family held captive inland after their yacht was seized failed as the would-be rescuers were ambushed.

An attempt by Somali security forces to free a Danish family being held by pirates failed yesterday after the rescuers were ambushed. One of the pirates, Bile Hussein, told the Associated Press that armed forces from the northern region of Puntland, which is where most Somali pirates are based, tried to surround the village of Hul Anod and free the Danish family. He said some of the government forces were killed and others were captured in the botched rescue attempt. “We defended ourselves and foiled their attempt to recover the Danish family,” he told AP. “We have killed and captured some of their soldiers and burnt two (government) pickup trucks. They have run away back to where they came from …The hostages are safe and still in our hands.”

The Danish family was seized by pirates on the open waters of the Indian Ocean last month and have since been taken inland. 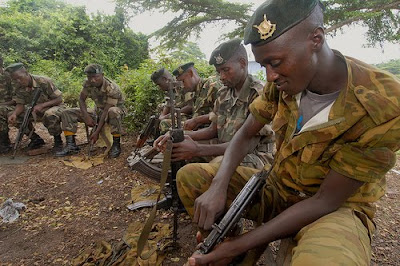 MOGADISHU: The African Union announced that it was going to commit another 3000 Peacekeepers to the AU's Mission to Somalia (AMISOM) in support of the UN-backed Transitional Federal Government. The soldiers will be deployed from Uganda and Burundi, although the defense minister for Somalia's Transitional government said that Djibouti and Ghana were preparing to send soldiers as well.

TUNISIA: Somali pirates have released a Panamanian-flagged Tunisian tanker and it's crew after negotiating a $2 million ransom with the Tunisian government.

The Hannibal II, whose 31 crewmembers are mostly Tunisian, is currently on its way to Djibouti in the Red Sea, the ministry said. "This release comes after the success of negotiations undertaken by the Tunisian government with the Somalia pirates and the payment of a ransom estimated at $2 million," the official TAP news agency quoted the ministry as saying. It did not say who paid the ransom, or how. The Tunisian shipowner Gabes Marine Tankers (GMT) had announced that the release of the ship was imminent late Wednesday. "Negotiations have not been easy and we cannot be sure the ship will be released until it leaves Somalian waters accompanied by a naval protection vessel," said company owner Farid Abbas. The crew is composed of 23 Tunisians, four Filipinos and one each from Croatia, Georgia, Russia and Morocco. "All possible means of security has been provided, and a civilian plane will be sent (to Djibouti) to repatriate the Tunisian crew today," the ministry said in a statement. "All the crew are in good health," it said. The 24,000 tonne chemical tanker was carrying vegetable oil from Pasir Guadang in Malaysia to Suez in Egypt when it was attacked and boarded by pirates some 860 nautical miles east of the Horn of Africa on November 11. The area where it was attacked is considerably closer to India that it is to Somalia. 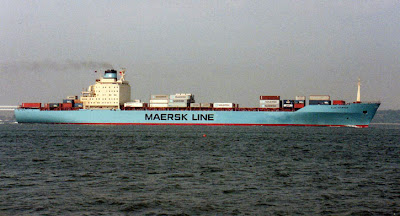 HOLLYWOOD: Reports are circulating that actor Tom Hanks is set to portray MV Maersk Alabama captain Richard Phillips in an upcoming movie about the 2009 pirate attack on the vessel and ensuing standoff some 200 nautical miles off the coast of Somalia. The upcoming movie is being produced by the same team behind 2010's The Social Network.
Posted by Fenway_Nation at 11:11 PM