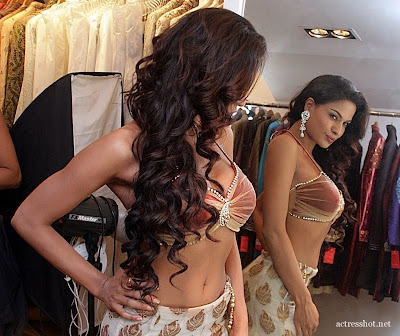 Those of you who had Veena Malik/May 2011 in the dead pool, you're out of luck.

Veena Malik- the outspoken Lollywood actress who delivered an epic verbal beatdown of an Islamic cleric on a Pakistani talk show- was involved in a car accident on the M2 expressway between Lahore and Islamabad last month. There were conflicting reports out of Pakistan that claimed the Muslima spitfire was hospitalized at an undisclosed location with shoulder and arm injuries and accounts from India that the actress and passengers in her car were unhurt despite the vehicle being totalled.

Ultimately Ms. Malik linked to the Times of India write-up on her homepage, which I'm assuming is an endorsement of their version of events.

Pakistani media reported that Veena Malik was injured in an accident while she was on her way to Lahore from Islamabad and she is recovering well. Reacting to the report, the actress cleared the speculations by saying that those are not true and she is fine.

"I didn't even get a single scratch. It was a miracle. If you see the car I was travelling in, you'd think everyone in it had perished. The vehicle is completely mangled. But I escaped totally unhurt, and so did the people who were with me. I think there's a guardian angel who is watching over me.", the Times of India quoted the actress as saying. 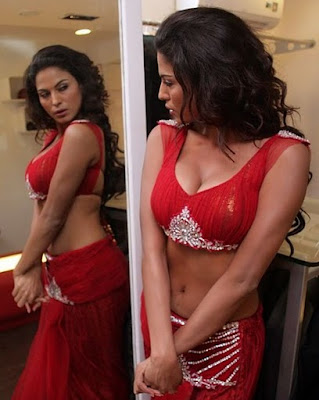 In her native Pakistan, the crash had fuelled speculation whether it was merely a hit and run traffic accident or unsuccessful attempt on the actress' life [on a side note, have you seen IRT: Deadliest Roads? The random car careening out of control and crashing into her before speeding off hypothesis isn't as far fetched as you might think in that part of the world]. If that were the case, one would have to wonder why the assailants didn't bother using firearms, explosives or grenades like any radical islamist worth their salt. I mean....c'mon! It's not like there's a shortage of any of those things in Pakistan.

The Actress who had previously appeared in India on the Bigg Boss reality show and as a cricket presenter during the 2011 Cricket World Cup is set to make her Bollywood feature film debut, with filming to start shortly.
Posted by Fenway_Nation at 11:32 PM