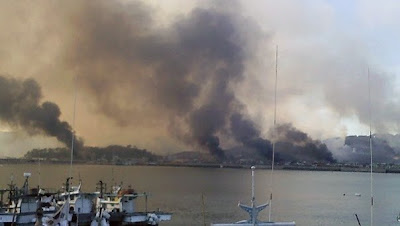 South Korea's YTN TV network aired footage showing columns of smoke rising from the island of about 1300 inhabitants, with the White House issuing a statement condemning the attack while China and the Kremlin cautioned both sides against escalation.

The latest provocation from the North comes only a few days after the isolated, communist state revealed that it was enriching uranium at a facility visited by the US Special envoy on North Korean denuclearization Stephen Bosworth and about a month after an ailing Kim Jong Il announced his son Kim Jong Un as his heir apparent.

In March of this year, a North Korean submarine torpedoed the corvette ROKS Cheonan, killing all 46 South Korean sailors on board.
Posted by Fenway_Nation at 1:16 AM