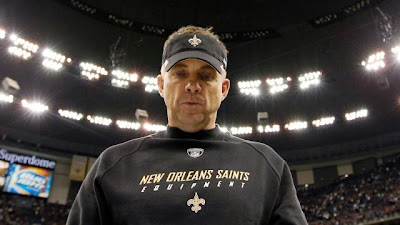 NFL- The league announced this week that Commissioner Roger Goodell handed down a 1-year suspension for New Orleans Saints head coach Sean Payton as a result of a 'bounty' program among the team's defensive players and defensive coordinator Gregg Williams between 2009 and 2011.

Williams has been suspended indefinitely by the NFL while Saints GM Mickey Loomis received an 8-game suspension and assistant coach Joe Vitt was suspended for 6 games.

Goodell also fined the Saints organization $500,000 and the team forfeits their 2-nd round draft picks for this year and 2013.

The bounty program dates back to their 2009 championship season where defensive players and Williams would award players cash prizes for hits on opposing players from a pool that was said to be as much as $50,000. Knocking an opposing player out of the game or injuring him to the point where they had to be carted off the field was reportedly worth $1000 to $1500. The first year New Orleans was thought to have the bounty program the Saints faced QBs Kurt Warner, Brett Favre and Peyton Manning in the postseason as well as Tom Brady in the regular season. 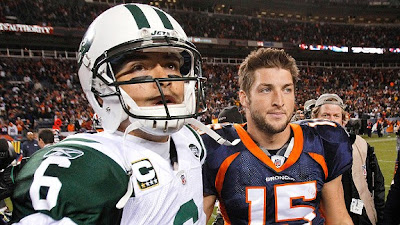 OTHER NFL NEWS- Shortly after Peyton Manning was introduced as the Broncos newest quarterback in a press conference on Wednesday, Denver announced a trade that sent Broncos QB Tim Tebow to New York Jets in exchange for a 4th round draft pick. For a few hours on Thursday, reports were circulating that the deal between the Broncos and Jets had hit a contractual snag and Denver was instead negotiating with the Jacksonville Jaguars, but the announcement was made official later on that day.

Tebow's arrival in New Jersey [seriously- the Jets and Giants should drop their 'New York' prefixes if they keep playing their home games in New Jersey. Right now, the Buffalo Bills are the ONLY NFL team that plays their home games in the state of New York- NANESB!] has fuelled speculation over the future of Jets QB Mark Sanchez. However, New York Jets head toe sucker coach Rex Ryan issued a statement on Friday reiterating that Sanchez would remain the Jets starter heading into the 2012 season.

NEW ENGLAND PATRIOTS- Free agent RB Ben Javus Green-Ellis signed a 3-year deal with the Cincinnati Bengals on Thursday. Green-Ellis appeared in all 19 games of the Patriot's season last year and had 11 TDs and 667 rushing yards for the 2011 season.

As the law offices of Ben Jarvus Green-Ellis leave, the Patriots have signed free agent WRs Brandon Lloyd and Donte Stallworth while agreeing to a 1-year contract extension with Deion Branch.

Stallworth arrives from the Washington Redskins with 309 yards and 15 TDs in 11 games for the 2011 season while Brandon Lloyd split time between the Denver Broncos and St Louis Rams last year. Between the two clubs, Lloyd appeared in 15 games with 70 catches and 966 yards. 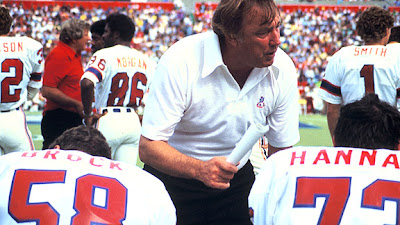 OTHER PATRIOTS NEWS- Former New England Patriots and New York Giants head coach Ron Erhardt passed away at the ago of 80 at his home in Boca Raton, FL on Wednesday.

Born and raised in North Dakota, Erhardt was North Dakota State's head coach, winning a number of NCAA Division II titles before he started out in the NFL with New England as a backfield coach in 1973. Erhardt retained that position until 1978 when he was promoted to head coach by then-owner Bill Sullivan after then-head coach Chuck Fairbanks was suspended by management for breach of contract after he agreed to serve as head coach at the University of Colorado.

Ernardt led the Patriots to a 9-7 record in 1979 and a 10-6 record in 1n the 1980 season, but missed the playoffs both years. Erhardt was dismissed after a dismal 2-14 campaign in 1981. The following season, he was hired as the Giant's offensive coordinator. He remained in that position with the Giants during their championship Run in Super Bowl XXI and Superbowl XXV.

After Giants Head Coach Bill Parcells retired [the first retirement of many, as it turned out- NANESB!] from the Giants in 1990, Erhardt left New York for Pittsburgh to become the Steelers offensive coordinator through 1996. He then briefly returned to the Meadowlands in 1998 for a 1 year stint as head co-ordinator during the Jets disastrous 1996 campaign where they had a 1-15 season before announcing his retirement.

NBA- The Celtics have won their second straight game on Thursday night, beating the Milwaukee Bucks by a 100-91 final. Paul Pierce led the scoring for Boston on Thursday with 25 points along with 9 rebounds and 2 assists. Kevin Garnett had 16 points, 10 rebounds and 6 assists while Mickael Pietrus came off the bench for 13 points.

Boston's win snaps a 6-game win streak by the Milwaukee Bucks and puts the C's in good position for their Friday night matchup against the division-leading 76ers. Currently Boston is a half game behind Philadelphia for first place in the Atlantic conference.

Friday night's game gets underway in Philly at 8:00 PM ET and will be nationally televised on ESPN.

BOSTON BRUINS- The San Jose Sharks jumped out to an early 1-0 lead in the first of last night's game against the Boston Bruins thanks to a Joel Pavelski tally less than 4 minutes into the first. San Jose's Daniel Winnik made it a 2-0 game early in the third before Zdeno Chara got the Bruins on the board with just under five minutes remaining in regulation. However, Boston wasn't able to get anything else past netminder Antti Niemi and the Sharks hang on to win by a 2-1 final.

Tim Thomas stopped 25 of 27 shots faced and Niemi turned aside all but one of the 17 shots he faced. Neither team capitalized on their lone power play opportunity in Thursday night's game.

The Bruins West Coast road trip continues through Southern California this weekend as they play back-to-back games in Los Angeles and Anaheim. On Saturday night, the Bruins will take on the Kings at LA's Staples Center at 9:00 PM ET, 6:00 Pacific in a game that will be televised on NESN and the NHL Network.

For Sunday, the Bruins will travel down the I-5 to Anaheim to take on the Ducks at 8:00 ET, 5:00 Pacific. That game will be televised on NESN as well.
Posted by Fenway_Nation at 11:48 AM