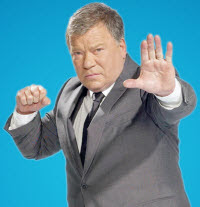 "You are an enemy of the State of Israel and must die! Also...you paid too much for this hotel room"

Apparently Hamas is finding out the hard way what happens when their leadership books their travel arrangements online.

GAZA CITY, Gaza Strip — A Hamas leader assassinated during a visit to Dubai last month exposed himself to attack when he breached security protocol by talking about his trip over the phone and making hotel reservations on the Internet, the militant Islamic group said Saturday.

The methodical stalking and killing of Mahmoud al-Mabhouh in a luxury hotel room — widely been blamed on Israel's Mossad spy agency — has put Hamas on the defensive over purported security lapses..

[Oh no! And here I am with my world's smallest violin in the shop- NANESB!]

So if Hamas has members of their leadership whacked while travelling abroad after booking travel arrangements online, does that Orbitz guy in the hovercraft come by and cut them a check or something?

I actually have my doubts about Al-Mabhouh's killers working for the Mossad. It just seems a little too convenient, not to mention a little too sloppy for their agents to get caught on multiple surveillance systems. It could be a matter of infighting within the Palestinian Authority or Hamas' benefactors not being satisfied with the precipitous decline of dead Israeli civilians attributed to Hamas. Apparently Al-Mabhouh's killers also travelled on EU or United Kingdom-issued passports, which might be a little too complex to have originated from Gaza and brings us back to the possibility of a nation-state sponsored killing of Al-Mabhouh. Again, Israel seems like an obvious choice, but this could also be a matter of Hamas' nation-state sponsors choosing sides in an internal power struggle and helping Hamas leadership 'clean house'.

But with that in mind, has anybody seen William Shatner lately? I'm just sayin.....