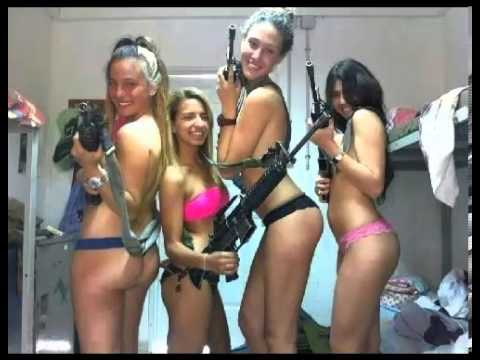 Conduct unbecoming- or best recruitment tool EVAH! [even tho' Israel has mandatory conscription-NANESB!]??

A group of new female recruits to the Israeli Army are in trouble with their superiors after pictures of the women posing in their underwear and topless with their service rifles began circulating on the internet.

The statement did not identify the soldiers or give any details about the punishments. Military officials said the base conducted educational lectures to keep soldiers from repeating the offense.

In a statement, the military said the young women, who are reportedly new recruits stationed on a base in southern Israel, had acted in a manner that showed "unbecoming behavior" for Israeli soldiers. "The commanding officers disciplined the soldiers as they saw fitting," it said.

One picture showed the soldiers removing their fatigue uniforms to expose their underwear and back sides. In another, five women posed in what appeared to be a barracks room, dressed only in helmets and a small amount of combat equipment. The faces of the soldiers were blurred in the photos. 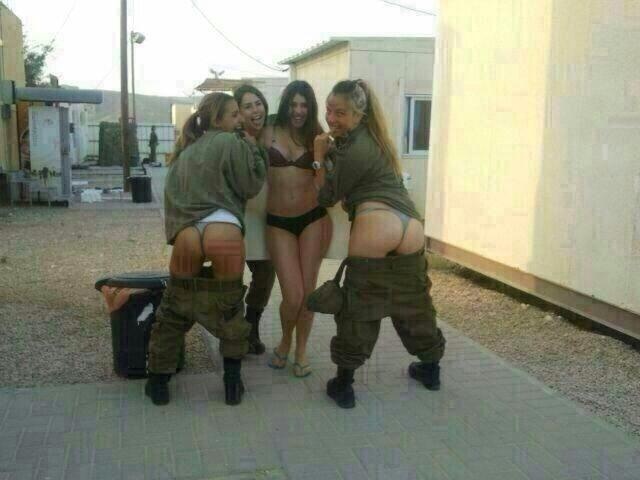 But just in case you thought that was the end of it, a little over a week later a video of female IDF soldiers who appeared to be practicing pole-dancing around a rifle in the barracks began circulating online.

In fact, during the 30 second clip, a voice can be heard off-camera telling the women that the video is going to be posted to Facebook [probably would've been hotter if they were using a Galil or Tavor instead on M-4, but that's just me- NANESB!].

While these incidents involving amateur Israeli pin-ups and aspiring pole-dancers in uniform (sort of) appear to be relatively harmless [except, perhaps, to the girls in question, who were likely given the IDF equivalent of an Article 15- NANESB], the conduct has raised concerns about sensitive or compromising data being transmitted to enemies via social media. 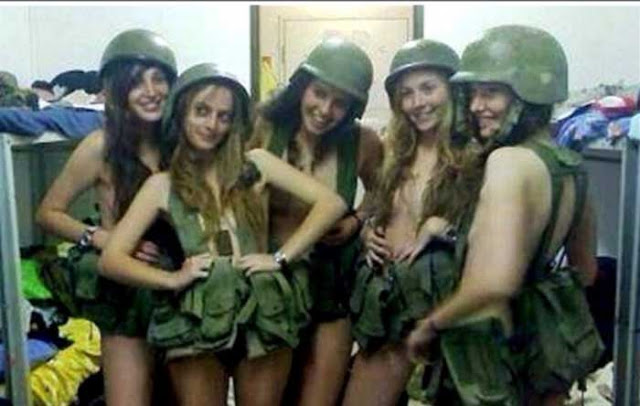 Every adult in Israel is required to serve once they reach age 18- although exceptions are made for Israeli arabs and ultra-orthodox jews. For an IDF conscript, the required service time is typically three years, although a number of Israelis stay on and make a career out of serving in the Israeli military.
Posted by Fenway_Nation at 12:55 PM