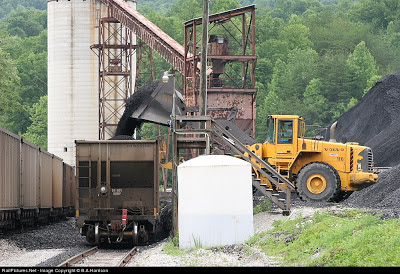 In a speech at Georgetown University this week, President Obama outlined plans to bypass congress and implement strict new emissions regulations on new and existing power plants throughout the USA. The proposals include shutting down the remaining coal plants in the USA through regulatory fiat and freeing up an estimated $8 billion in guaranteed loans to startup green-energy firms [such as Solyndra, Spectra-Watt or Evergreen solar- all of whom filed for bankruptcy or shipped production offshore- NANESB!].

The speech was basically a big middle finger to coal country and energy-producing states like Texas, North Dakota or Oklahoma. Senator Joe Manchin (D- WV) said that the President's proposals were essentially a declaration of war on the American economy in an interview after Obama's Georgetown address.

Similar proposals- such as a cap and trade system- couldn't make it through a House and Senate controlled by the Democrats in Obama's first term, which was why the President announced his intention to bypass congress with these new regulations.

The speech comes less than a year after the media and supporters of President Obama laughably denied that President Obama was even waging a War on Coal or that GOP candidate Mitt Romney would be more harmful than Obama for the coal industry. However, now that Obama has secured a second term, White House officials can openly declare "a war on coal is exactly what's needed" without having to worry about any immediate electoral consequences.

In recent years, the coal industry has been besieged by competition from oil and natural gas while simultaneously being targeted from the left by well funded and politically connected environmental groups. Although coal is also used in the steelmaking and cement making processes, roughly 40% of the electricity generated in the USA comes from coal-fired power plants. Metallurgic coal is also exported to China, South Korea and Europe for steelmaking there, proposed coal export terminals have been facing increased political opposition in the Pacific Northwest. In the traditionally coal-centered economies of western Pennsylvania, West Virginia and eastern Ohio, natural gas drilling in the Marcellus and Utica shales [along with the EPA's previous regulatory burden- NANESB!] has brought more pressure on the coal industry there.

While the Administration's focus on crippling the coal industry may have seemed to benefit the oil and natural gas industries at first blush, Obama also weighed in on the Keystone XL pipeline during his Georgetown speech, saying that the project wouldn't be approved if he determined that it increased carbon emissions. Backers of the pipeline cite a State Department finding from earlier this year transporting the oil sands from Canada by pipeline would emit less greenhouse gases than shipping it by rail.

Unlike President Obama's vaunted 'green jobs', hiring has been brisk around the oilfields in North Dakota and western Texas in recent years and parts of western and central Pennsylvania have seen economic growth due to exploration and drilling activities around the Marcellus shale.
Posted by Fenway_Nation at 11:47 AM