Bay State Digging Out From Nearly 80 Inches of Accumulated Snow 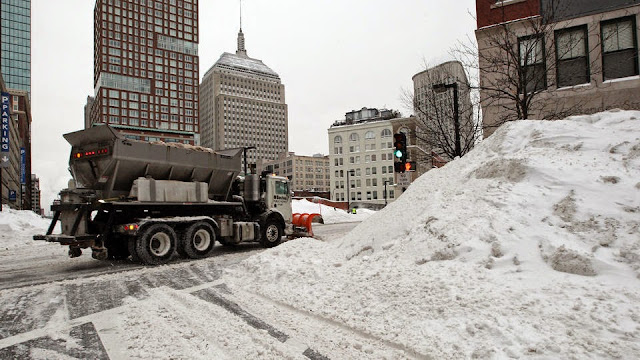 After January's Winter Storm Juno largely failed to live up to the hype, Massachusetts has been walloped by a series of winter storms leaving much of the state under anywhere between 70 and 90 inches of snow, with two more storms expected to hit New England later on this week.

The earlier storms have hobbled MBTA service around Boston and already postponed the first round of the Beanpot College Hockey tournament. Now the city of Boston and other municipalities are running out of places to put the cleared snow. On Monday, Gov Charlie Baker declared a state of emergency as local officials contemplate dumping snow in Boston Harbor.

The big issue for us at this point is not just this storm but the cumulative impact of these three storms of the past two weeks, many places will now have had somewhere between 70 and 80 inches of snow having fallen in the past 14 days. On 'statewide roads that's probably manageable because they can push it off onto the shoulders," said Baker.

"But for municipal governments the big issue at this point is where to put it."

The state has 3,500 pieces of equipment currently working on roads and highways that Baker expects will go to aid cities and towns in the coming days.

Boston mayor Marty Walsh announced in a Tuesday press conference that the city has already spent double its annual budget for snow removal this month. So far, Boston has had a total of 77 inches this season. According to Gov. Baker, enough snow has been removed from state highways to fill up Gillette Stadium more than 90 times. Worcester seemed to bear the brunt of the most recent storms [apparently this one was named Marcus- NANESB!], earning the dubious honor of being the snowiest city in the USA (with a population of more than 100,000). Some estimates for accumulated snow in the central Massachusetts city put the total in excess of 90 inches. During the winter of 2012-2013, Worcester briefly held the honor of the snowiest city in America with a total of 108.9 inches before being surpassed by Syracuse, NY with more than 115 inches. 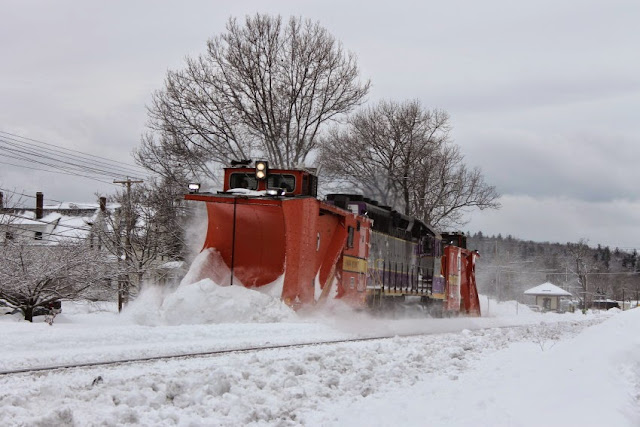 The MBTA announced that they were resuming limited service starting Wednesday after crews worked to clear nearly 7 feet of snow from lines in and around Boston.

The commuter rail system will operate on a modified weekday schedule, making approximately 70 percent of the regularly scheduled trips. The trains will not serve Plymouth, TF Green or Wickford Junction stations on Wednesday. The Green and Blue lines will operate, but with fewer cars and less frequent service. Service will also be restored on the Red and Orange lines, but the level of service won't be determined until later on Tuesday. Buses will replace service on the Mattapan Trolley Line.

MBTA general manager Dr. Beverly Scott defended the agency from critics after the agency's shutdown, citing the agency's aging railroad an subway equipment and deferred maintenance as contributing factors to the recent service disruptions.
Posted by Fenway_Nation at 7:30 PM