You know how some people grouse about how holidays like Valentines Day were merely concocted by Hallmark or FTD to sell flowers and cards?

Not surprisingly, you could accuse National Cleavage Day of being just such a contrived holiday and you would be 100% correct, although I think the purveyors of the March 30th holiday would gladly wear it on their sleeves- or perhaps another garment. 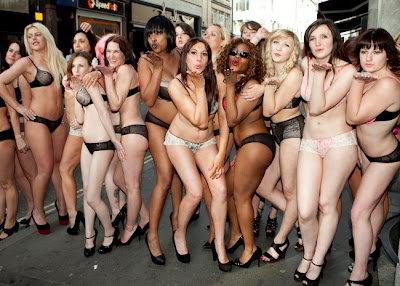 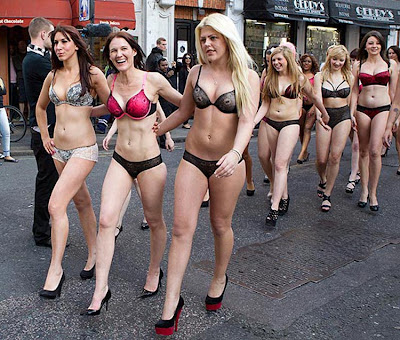 For some reason, a holiday designed to sell women's undergarments by highlighting bosoms seemed to gain popularity outside of South Africa. In London, lingerie retailer Ann Summers marked the occasion with a parade of women parading down Oxford Street clad in nothing more than the retailers line of lingerie. 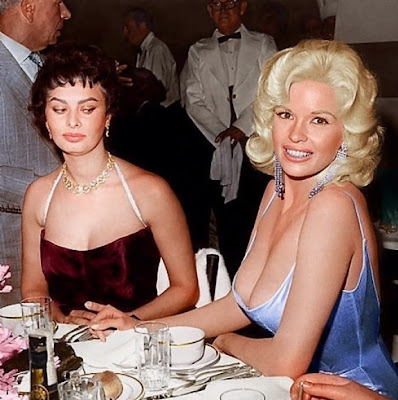 Jayne Mansfield- ahead of her time when it came to National Cleavage Day- Sophia Loren seems to agree.

The WonderBra promoted holiday quickly became one of the top trending topics on twitter on Friday. WonderBra is a subsidiary of Hanes Brands international [NYSE: HBI] although other retailers have managed to capitalize on the holiday as well, as demonstrated by the exhibitionist flash mob in London earlier today. 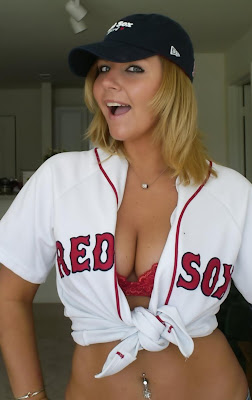 Given that we're so close to opening day for the Red Sox as well as the goregeous women who are frequently seen in the stands at Fenway, I figured I shouldn't overlook Red Sox Nation's contribution to National Cleavage Day.
Posted by Fenway_Nation at 11:45 PM