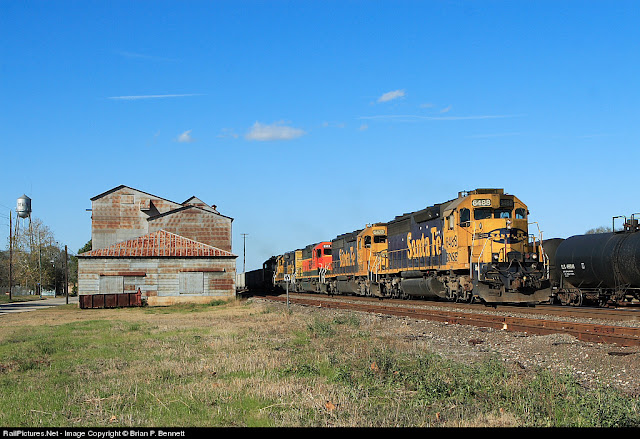 Today's Train of Thought takes us to Texas for some vintage LaGrange-built horsepower [I'm not referring to ZZ Top's 'LaGrange', either- NANESB!].

While the SD45-2 never caught on as much as the slightly smaller SD40-2, there are surprisingly some examples of these 40+ year old 3600 HP behemoths still in service on a number of Class 1s and regionals. This would include carriers such as the BNSF, Norfolk Southern and Montana Rail Link [the Norfolk Southern units trace their lineage to the Erie Lackawana- NANESB!].

As of September 2012, the 6488 had undergone rebuilding at Progress Rail in Tacoma, WA along with another dozen or so SD45-2s. The rebuilds will reportedly include replacing the air conditioning, new anticlimbers, and most likely repainting into BNSF orange and black.
Posted by Fenway_Nation at 11:50 PM