WORLD CUP- Seems as though this year's FIFA tournament flew right by....not that I'm a huge fan of 'the beautiful game', but that's not to say attractive, scantily clad women with little more than paint representing the colors on the flag of their homeland on their bodies are without merit. 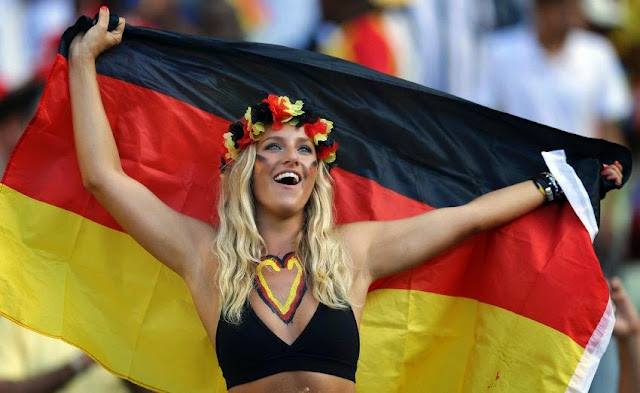 After humiliating host nation Brazil in the semifinals, Germany advanced to face Argentina in the final game of the 2014 World Cup final. Unlike the contest against Brazil, this was a low-scoring affair that went to a scoreless tie after 90 minutes and sending the game into extra time.

However, the only goal of the game would come in the 113th minute as Mario Goetze got one past Argentina goalkeeper Sergio Romero to give Germany a 1-0 lead- a lead Germany wouldn't relinquish in the remaining time.

The win gives the Germans their first World Cup title in nearly 24 years and their fourth since 1954. To put it in some historic perspective, the last time Germany won the FIFA World Cup, they were listed as 'West Germany'. This is also the 3rd straight World Cup title for a European team with Spain winning it in 2010 and Italy winning the 2006 World Cup.

Interestingly, there was an odd dynamic in play prior to the final where the Brazilian hosts were rooting for the Germans, despite the hugely lopsided 7-1 win over Brazil in the semifinals. While the Germans were most inhospitable on the pitch, the fans and players were reportedly courteous and gracious guests while in Brazil- German midfielder Mesut Ozil used his World Cup earnings to pay for 23 Brazilian children to undergo surgery. On the other hand, Argentina and Brazil are archrivals and Argentine fans reportedly did not miss an opportunity to taunt their Brazilian hosts with chants of "Brazil- how does it feel now that daddy's home?" and boasting that they would take the World Cup back home with them. That turned out not to be the case, although it ended up being a much closer game than the semifinals.

As for the host nation, they managed to get shut out by the Dutch by a 3-0 final during the consolation game. Over the final two games of the tournament, Brazil was outscored by a combined 10-1 and the loss against Germany in the semifinal was the worst since 1920 when they were shut out by Uruguay by a 6-0 final. 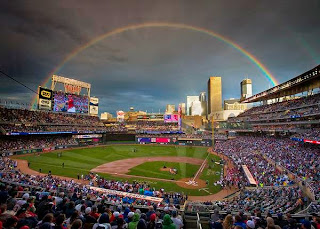 MLB ALL STAR GAME- In a mid-summer classic that was light on Red Sox, Derek Jeter and Mike Trout were the ones in the limelight in the Twin Cities as the American League managed to best the National League by a 5-3 final on Tuesday. 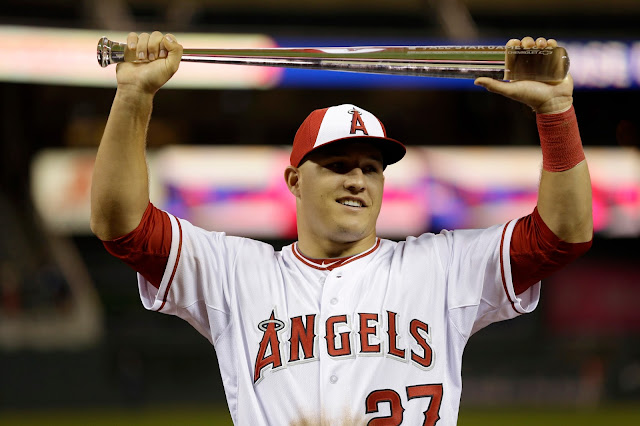 Adam Wainwright started out for the National League and promptly gave up a leadoff double to Derek Jeter before Mike Trout belted a triple to bring the Yankees SS home and put the AL up 1-0. After Wainwright got Cano to strike out, he surrendered a homer to Miguel Cabrera to put the AL up 3-0 before getting Nelson Cruz and Jose Bautista out.

However, Jon Lester would come on in the top of the 2nd and after getting Giancarlo Stanton to pop out, he allowed a single to Aramis Ramirez before Chase Utley and Jonathan Lucroy belted back-to-back RBI doubles to make it a 3-2 game. However, Lester was able to escape any further damage by getting Carlos Gomez to pop up in foul territory and getting Andrew McCutchen to fly out to center field.

In the top of the 4th, Chris Sale would come on in relief of Yu Darvish and after getting the first two outs would end up hitting Chase Utley with a pitch before giving up a deep RBI double to LuCroy to tie the contest up at 3-3.

The score remained that way until the 5th when Trout hit a 1-out RBI double with runners on first and second before Jose Altuve hit a sac fly to make it a 5-1 game.

The AL bullpen, which included Koji Uehara, made sure that lead held up as Twins closer Glen Perkins came in and got the last three batters he faced out in the 9th inning.

The American League goes on to win by a 5-3 final, ensuring that whoever wins the AL pennant later on this year will start out with home field advantage in the World Series. In his final All-Star appearance, Derek Jeter went 2-2 and scored a run while Mike Trout went 2-3 with 2 RBI and was named the All Star Game's MVP while Max Scherzer was named the winning pitcher. For the National League, Jonathan LuCroy went 2-2 with 2 RBI.

BOSTON RED SOX- After splitting a 4-game series with the White Sox at Fenway last week, the Red Sox travelled to Houston where they managed to take two out of three from the Astros- including an 11-0 shutout of Houston on the final game before the All Star Break.

Clay Buchholz [4-5; 4.52 ERA] got the start on Sunday's romp in Houston and boasted 12 Ks in a complete game effort that saw him allow only 3 hits. He will get the start again when the Red Sox return to Fenway on Friday night to take on the Kansas City Royals to kick off the second half of the season, who are currently sitting at second place in the AL Central. James Shields [9-5; 3.65 ERA] is expected to start for Kansas City and the game will be televised on NESN with first pitch scheduled for 7:05 ET.
Posted by Fenway_Nation at 11:47 PM