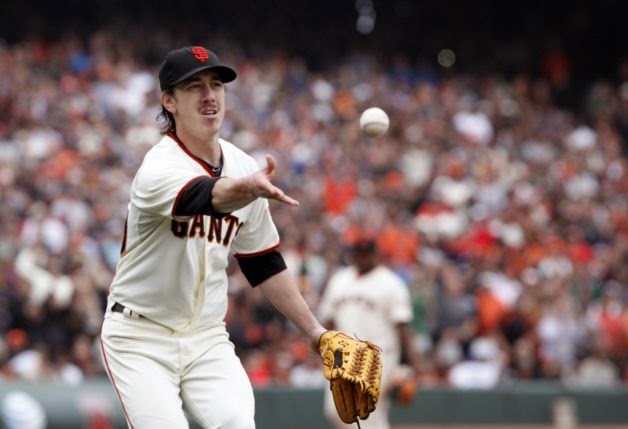 MLB- For the second time in less than a year, San Francisco Giants starter Tim Lincecum has thrown a no-hitter against the San Diego Padres. The lanky San Francisco starter known as 'The Freak' when he first came up through the Giants organization in 2007 threw a total of 113 pitches and allowed just one baserunner in nine innings of Wednesday's 4-0 win over the Padres. Wednesday afternoon's outing was much more efficient than his career high 148 during the July 13, 2013 no-hitter against the Padres at San Diego's PetCo Park. During his outing, Lincecum struck out 6 batters and allowed just one walk.

Lincecum's no-no was the Giant's fourth no-hitter since 2009- three of them against the Padres. Last season, Lincecum's no-hitter at PetCo Park came less than two weeks after Cincinnati's Homer Bailey threw a no-hitter against the Giants at the Queen City's Great American Ballpark. Interestingly, the Reds- the last team to no-hit San Francisco- are in the city by the Bay this weekend to face the Giants. 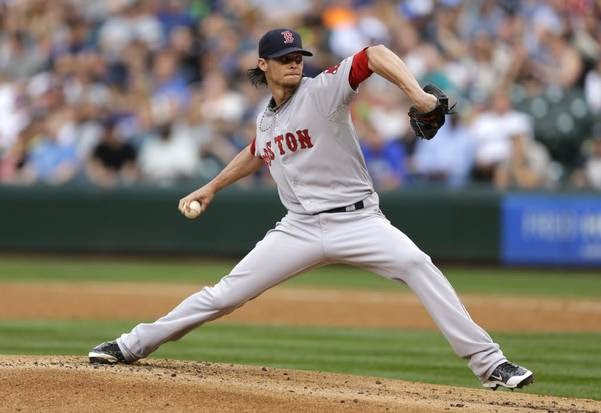 RED SOX- Wednesday night also marked the return of Clay Buchholz from his rehab stint in AAA Pawtucket as the Red Sox were looking to avoid the sweep in Seattle.

In the top of the 3rd, Jackie Bradley Jr led off with a double to right center followed by a Brock Holt single that put JBJ on 3rd with nobody out. Bradley then came home on a Nava RBI single to tie the contest while Holt moved to second. Dustin Pedroia then flew out to right field with no advance by the runner before Big Papi beat the shift and hit a single to right, bringing Holt all the way home and once again giving Boston the lead before Iwakuma struck out Gomes and Pierzynski to end the inning.

The Red Sox managed to chase Iwakuma from the mound in the top of the 5th after the Mariners starter gave up back to back singles to Holt and Nava before walking Pedroia to load the bases with nobody out. Tom Wilhelmsen came out of the Seattle bullpen and got Big Papi to hit into a double play, but not before another run crossed the plate for Boston to make it a 5-3 Red Sox lead.

As it turned out, that extra run would come on handy as Brad Miller belted a solo homer to lead off the bottom of the 8th for Seattle and make it a 1-run game. Buchholz would then get Stefen Romero to fly out before Andrew Miller came in from the Red Sox bullpen and got Mariners pinch hitters Willie Bloomquist and Cole Gillespie to strike out.

For the bottom of the 9th, Koji Uehara came out of the Sox bullpen and quickly got Robinson Cano out before allowing a single off the bat of Kyle Seager and then walking Logan Morrison to give the Mariners the potential game-tying run in scoring position with only one away. However, Koji would get Mike Zunino to strike out and then get Dustin Ackley to ground out to first to end the Seattle threat and close out Boston's 4-5 win over the Mariners.

Wednesday night's game closes out a rather lackluster West Coast road trip in which the Red Sox lost three out of four to the Oakland A's in Alameda County and dropped two out of three to Seattle at Safeco Field.

The Red Sox road trip continues on Friday night, albeit much closer to home, when they take on the New York Yankees in the Bronx. Brandon Workman [1-0; 2.88 ERA] is scheduled to get the start against New York's Vidal Nuño [1-4; 5.88 ERA]. First pitch is scheduled for 7:05 ET and the game will be televised on NESN and the MLB network. 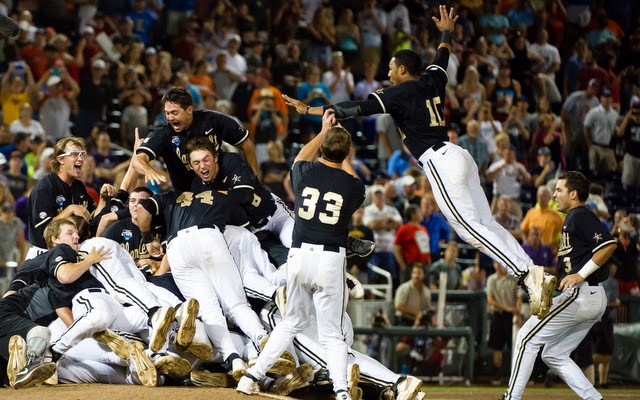 COLLEGE WORLD SERIES- For the first time in Vanderbilt's 120+ year history, the Commodores can celebrate winning a men's national title in any sport after besting Virginia in the College World Series in Omaha on Wednesday night.

On Monday, the Commodores were seemingly poised to squander a considerable lead and held off the Cavaliers to win Game 1 by a 9-8 final. Virginia evened up the series on Tuesday night with a 7-2 win over Vanderbilt, forcing the deciding Game 3 on Wednesday.

The Commodores got out to a quick 1-0 lead after Virginia catcher Robbie Coman threw a ball into center-field with runners at first and second who were attempting the double steal. Dansby Swanson came home from 3rd while Bryan Reynolds went from 2nd to 3rd on the errant throw.

Virginia managed to tie the game at 2-2 in the 6th inning on a bases loaded grounder to Vandy SS Vince Conde that clanged off his glove and allowed the runners to advance safely. However, Vanderbilt took the lead for good when John Norwood belted a solo homer in the top of the 8th inning just past the 335 sign at Omaha's TD Ameritrade Field. Vanderbilt's Adam Ravenelle came out of the bullpen to close out the game and Vandy's first NCAA baseball title. 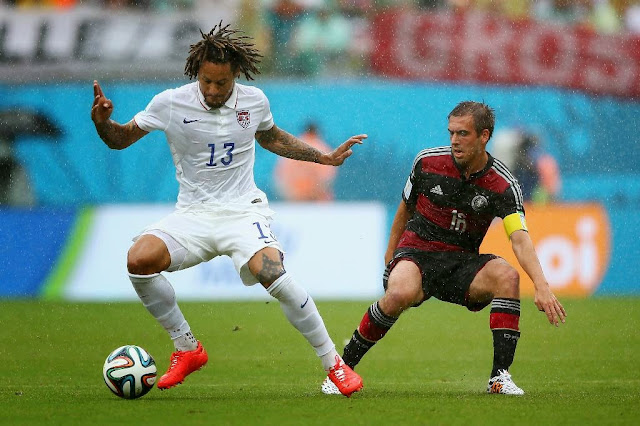 FIFA WORLD CUP- Despite losing Thursday afternoon's contest to Germany by a 1-0 final in rainy Recife, Team USA advances out of Group G and will face Belgium on Tuesday July 1. In Pool play, the USA has amassed a 1-1-1 record with a 2-2 draw against Portugal over the weekend. Although Portugal has a similar 1-1-1 record, the USA edged Portugal out by virtue of the goals allowed differential. Portugal's first win of the 2014 FIFA World Cup came on Thursday afternoon in their 2-1 victory over Ghana in the Brazilian capital city of Brasilia- besides the draw against Team USA, the Portuguese were shut out by Germany 4-0 in the first game of the 2014 FIFA tournament.

OTHER WORLD CUP NEWS- Uruguay striker Luis Suarez has been banned from the 2014 World Cup after FIFA determined he intentionally bit Italy's Giorgio Chiellini during Uruguay's' 1-0 win over Italy on Tuesday. Suarez left for Uruguay on Thursday after FIFA came down with the ruling.

According to the BBC, this isn't the first incident involving biting that Suarez was involved in. In April 2013, while playing for Liverpool, Suarez was given a 10 game ban for biting Chelsea's Brianaslav Ivanovich's arm during an English premier league match. As captain for Dutch soccer club Ajax in 2010, Suarez received a 7 game suspension for biting the shoulder of PSV Eindhoven's Otman Bakkal.