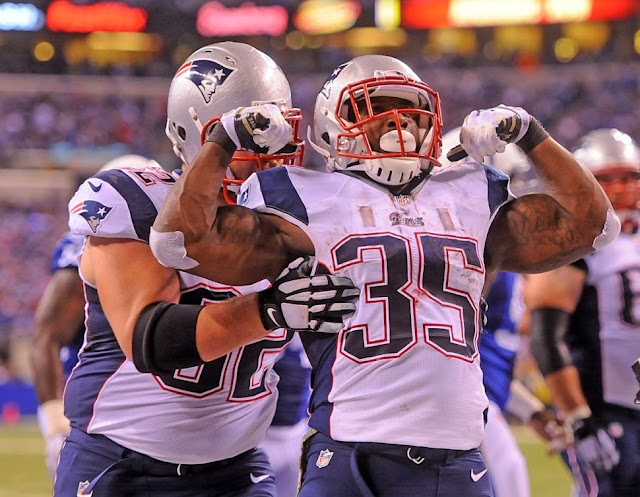 NFL- November has proven to be a pretty good month for New England so far, with the Patriots bookending their bye week with convincing wins over division leaders.

The first weekend in November has the Patriots hosting Peyton Manning and the Denver Broncos, and the outcome was far less dramatic than the last time Denver came to Foxborough. This time around, the team with the big first half lead managed to hang on to it as New England rolled to a 43-21 win against the Broncos.

Coming out of the bye week, New England faced an equally important test against another AFC division leader as the Patriots travelled to Indianapolis to take on Peyton Manning's former team, the Colts.

Right off the bat, congratulations to those of you who happened to start RB Jonas Gray on your fantasy team on Sunday. RB Jonas Gray out of Notre Dame, who had moved from the practice squad to the starting roster less than a month ago, opened the scoring with a 4 yard TD run in the first to give New England the early 7-0 lead. The Colts quickly came back with a drive of their own that put them in the Patriot's red zone, but they had to settle for a chip shot FG off the leg of Adam Vinatieri to make it 7-3.

Late in the second quarter, Gray found the end zone once again to put the Patriots up on top 14-3 before Andrew Luck led a quick counterattack to put the Colts within 4 points after hitting paydirt on a 10 yard reception by WR Hakeem Nicks with 55 seconds to go in the first half, making it a 14-10 New England lead.

However, during the opening drive of the second half the Patriots started pulling away, thanks to the first Pats TD of the night to someone NOT named Jonas Gray when Brady found TE Tim Wright for a short TD pass to go up 21-10. On the following possession, the Colts would only get as far as the Patriots 35 yards line, but they were able to convert that to points thanks to a successfully 53 yard FG attempt by ex-Patriot Vinatieri. With 3:30 to go in the third, the Patriots made it a 28-13 game thanks once again to Jonas Gray who successfully punched it in from the 2 yard line.

The Colts showed some signs of life late in the 3rd when they made their way down to the Patriots 4 yard line before the game clock flipped over to the 4th quarter. Luck connected with OT Anthony Costanzo to make it a one score game with the Patriots now leading 20-28. However, not only did the Patriots manage to score another TD thanks to an 80 yard drive capped by yet another Gray TD, but they were able to bleed nearly 5 minutes off the clock, putting New England up 35-20 with just under 9 minutes to go in the game. With the clock ticking, Andrew Luck and the Colts offense were pressured to go for it on a 4th and 12 at midfield, but Luck threw the ball incomplete, giving the Patriots an even shorter field to work with and less than 7 minutes to go in the game. The Patriots essentially put the game away on a 26 yard reception and TD from Brady to Gronkowski where he was shedding tacklers like a maple sheds its leaves this time of year- this comes AFTER destroying former teammate and Colts safety Sergio Brown by blocking him into an NBC camera trolley along the sideline.

New England goes on to an pretty easy-looking 42-20 win on Sunday Night Football and will next host the Detroit Lions [who, interestingly, aren't playing on thanksgiving- NANESB!]. Interestingly, this may be the first time ever that the Patriots and Lions have ever played each other when both teams were leading their respective divisions.

OTHER PATRIOTS NEWS- After being released by the Pittsburgh Steelers on Tuesday, free agent RB and former Patriot LeGarrette Blount signed a two year deal with New England on Thursday. Blount was released by the Steelers less than 24 hours after the Steelers 27-24 Monday Night Football win over the Tennessee Titans after complaining about getting no carries in the game.

Although some sportswriters believed the Pats had their eyes toward the future when bringing Blount back [Ridley is currently on the DL and Shane Vereen is a free agent at the end of the season- NANESB!] that became more apparent when Jonas Gray missed practice on Friday. Something similar happened last month when CB Darrelle Revis missed practice last month, but he ultimately ended up playing in the Oct 26th win against the Bears.

ELSEWHERE IN THE AFC EAST- Sunday afternoon's game between the Buffalo Bills and New York Jets has been postponed and is rescheduled to be played at Detroit's Ford Field on Monday night. Over the last few days, the Buffalo area had been hit by a series of winter storms with accumulation up to six feet in many areas.

Initially, the Bills were optimistic that they could get the stadium ready in time for Sunday's game and were offering fans $10 and hour and free game tickets to assist in shoveling out the stadium. However, the snowfall clogged the surrounding highways to the point where some players were arriving at Ralph Wilson stadium via snowmobile and the forecast is calling for even more snowfall between now and Sunday.

Kickoff is scheduled for Monday at 7:00 ET and the game will be televised locally in both the Buffalo and New York City markets on CBS. 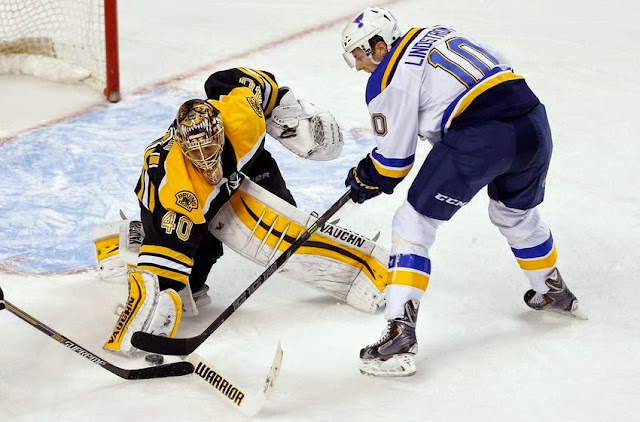 NHL- After a pretty disappointing week that saw the Olde Towne Team lose big to Original Six rivals Montreal and Toronto, the Bruins seemed like they found their rhythm once again after returning to the Garden and doubling up the Carolina Hurricanes 2-1 over the weekend.

The win in Tuesday night's home game against the visiting Blues was made all the more strange by the fact that the Blues outshot Boston by nearly a 2:1 margin- 33-17, but Tukka Rask was able to record the shutout while Patrice Bergeron scored in the first and Torey Krug scored in the 3rd [both even-handed- NANESB!] to make it a 2-0 Bruins win.

Boston will travel to Columbus for a 1-game road trip on Friday before retuning home to the Garden on Saturday to host the Canadiens. That game will get underway at 4:00 and will be televised on both NESN, CBC and the NHL Network.

NCAA FOOTBALL- And then there was only one- at least in the "Power Five" conferences.

This weekend, Alabama has a fairly easy contest against FCS Western Carolina at Tuscaloosa before the Iron Bowl against Auburn at the end of the month while the rest of Mississippi State's games are against the SEC with Vanderbilt this weekend and the rivalry game at Ole Miss at the end of the month at Oxford, MS. There is also the matter of the SEC championship game- since Bama and Mississippi State are both in the SEC East division, one of them would go on to face the leader of the SEC west [which could be either Georgia or Missouri if the standings hold up over the next two weeks- NANESB!].

ELSEWHERE IN THE NCAA- Despite trailing most of the game against in-state rival Miami, the Florida State Seminoles pulled out a late win to continue their undefeated season. The 'Noles pulled ahead for good with just over 4 minutes to go in the 4th quarter when Freshman RB Dalvin Cook ran 26 yards for the go-ahead TD. FSU holds in to its top ranking by going on to beat Miami by a 30-26 final.

Florida State will finish off their regular season hosting Boston College, followed by the Florida Gators for Rivalry week and a showdown with #18 Georgia Tech for the ACC Title Game on Dec 6th.

ELSEWHERE IN THE ACC- After getting out to a 13-3 lead over the Louisville Cardinals, the Boston College Eagles gave up five unanswered touchdowns to Louisville and would go on to lose by a 38-19 final in Chestnut Hill two weeks ago. After a week off, the Eagles now face a monumental challenge when they travel to Tallahassee to take on #1 Florida State this weekend. The Eagles regular season wraps up with a Rivalry Week contest against Syracuse at Chestnut Hill on Nov 29th.
Posted by Fenway_Nation at 4:20 PM