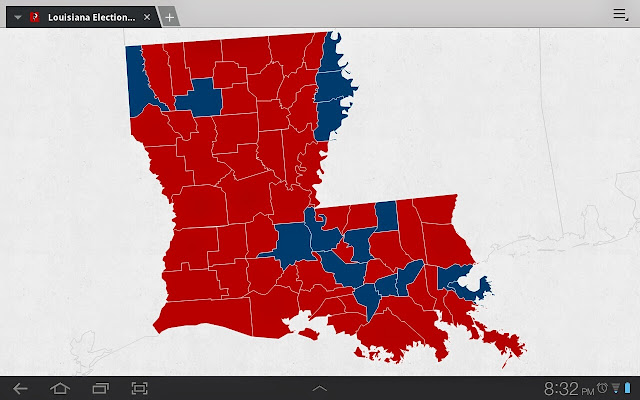 The 2014 midterm elections officially wrapped up on Saturday and the Republican party extended their total gains to nine US senate seats when the polls closed in Louisiana for a runoff election for the US Senate seat held by incumbent Mary Landrieu. Observers both inside and outside the Sportsman's Paradise believe the December runoff campaign may not have been necessary if the ballot in the November general election wasn't split between multiple Republican candidates. Last month, both Landrieu and challenger Bill Cassidy failed to get more than 50% of the vote, making last week's runoff necessary.

Sen Landrieu's re-election bid seemed doomed late when she said in an interview shortly before the general election that she stated southern states like her native Louisiana were hostile towards women and minorities. Just days before the runoff voting, she gave a radio interview where she implied the host was illiterate and hung up only part way through when she was facing repeated questioning over her support for 0bamacare.

Nationally, Landrieu was further hurt by the Senate Democrats rejecting a hastily put together bill supporting the KeystoneXL pipeline by a lame-duck session of congress and President Obama's executive order that effectively gave amnesty to more than 5 million illegal immigrants late last month. Offshore drilling and energy exploration in the Gulf of Mexico contributes millions of dollars to Louisiana's economy annually and it's believed that the oil from northern Alberta's Athabasca oil sands that would be carried by the proposed pipeline would end up in a Louisiana refinery.

Senator-elect Cassidy had previously served as a Congressman from Louisiana's 6th district and in the Louisiana's Senate after receiving an MD from the LSU school of Medicine and helped establish the Greater Baton Rouge Community Clinic.
Posted by Fenway_Nation at 7:51 PM