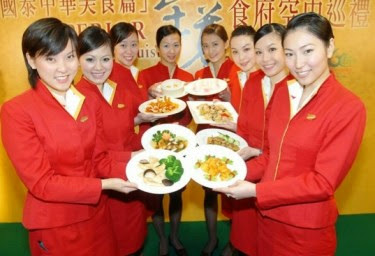 Flight attendants for Hong Kong-based Cathay Pacific Airlines are reportedly asking the airline to go back to the drawing board with uniforms that were introduced in 2011, claiming the blouses are too short and the skirts are too tight and attract unwanted attention. According to the flight attendants union representative, the shorter blouse exposes the attendants midriff to passengers whenever she reaches up- such as doing routine tasks like assisting passengers with putting luggage in the overhead compartment.

The Flight Attendants Union (FAU) also says the skirts of the uniforms, introduced in 2011, are too tight-fitting, but says management has so far rejected its pleas for a modesty makeover.

FAU honorary secretary Michelle Choi said: "The blouse is too short and does not cover enough. Whenever a flight attendant bends down, her waistline is exposed.

"We believe the company intentionally does this to make us look a bit sexier and to let the passenger see more."

Choi said she believed the too-revealing uniforms were contributing to an apparent rise in incidents of sexual harassment of cabin crew by passengers, which she now estimates to affect each cabin crew member on one in every 10 flights.

Asked why she thought cases of sexual harassment seemed so prevalent, she said: "I think part of the reason is that we treat our passengers so well. They are spoilt in some ways.

"Some of the Marco Polo Club [frequent flier] members think they can do things to us because they are privileged and we somehow allow it. That is very bad.

"They think it is part of their privilege … Afterwards, they believe they can apologise and everything is settled."

Choi added: "When you report it to the flight manager, they always say it is the crew member's decision whether or not to call the police. They tell you, 'It's your decision. Do you want to delay the flight by calling the police?'

"That puts stress on the flight attendant and it is sad the company is not actively supporting and protecting us in cases like this … [Inflight managers] should be trained to have a stronger mindset to protect the crew."

Choi called for the company to issue specific guidelines on how to deal with instances of harassment on flights.

The FAU had passed on complaints from its members, she said, but no action had been taken to adjust the uniforms. The matter is expected to be raised during a meeting with management on May 13. 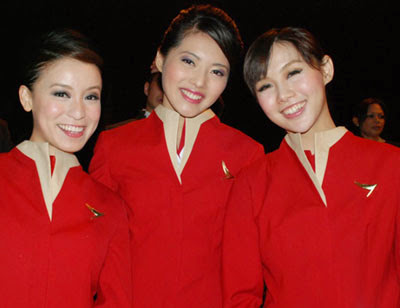 In a written response to the South China Morning Post Cathay Pacific Airlines defended the uniforms and said the 2011 overhauls were the result of feedback from flight attendants and other employees. Throughout the Hong Kong-based airline's 67 year history, there have been a total of nine uniform changes- the most recent changes had also drawn comparisons to the 'redshirts' from the 1960s TV Series Star Trek.