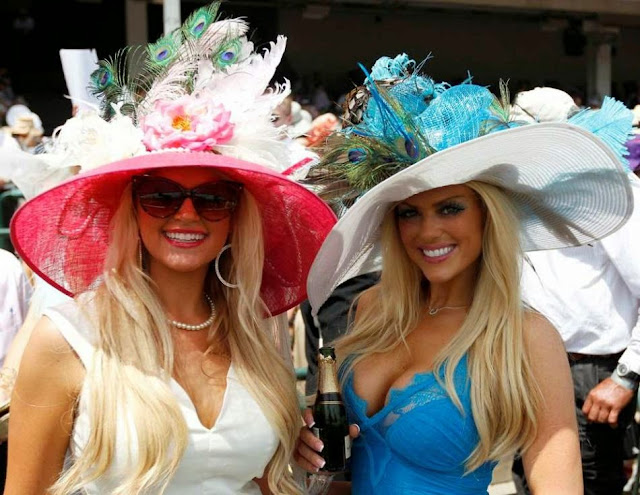 
Yep- it was Kentucky Derby time this past weekend and all the assorted owners, big hats, horses, jockeys, trainers and celebs descended on Louisville's Churchill Downs [NASDAQ- CHDN] for all manner of revelry that just happened to be bookended by a horse race.


Despite taking place halfway across the country, New Englanders had a rooting interest in the 2014 as 2 year old colt Wicked Strong was among the racehorses participating. 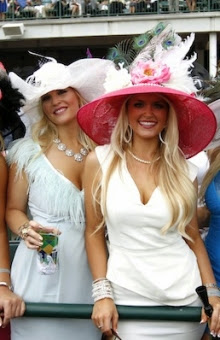 According to Centennial Farms, the name 'Boston Strong' was taken, so they decided on the "wicked" prefix, which is a new England colloquialism for 'Very' or 'Extremely'. Heading into Saturday's race, Wicked Strong was tied with Danza Closest at 8:1 odds for the colt, who had won New York's Wood Memorial Stakes at the Aqueduct in Queens a few weeks prior.

Wicked Strong will reportedly skip the Preakness to focus on training for the Belmont stakes. Meanwhile, California Chrome will run in the Preakness in an attempt to become the first Triple Crown winner in horse racing since Affirmed in 1978. 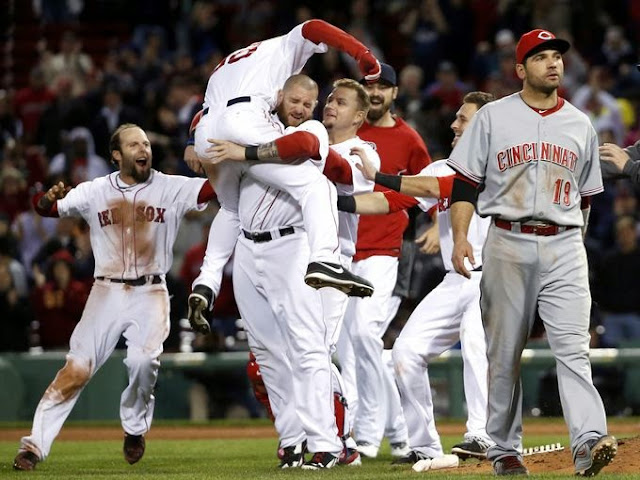 RED SOX- After dropping the final game of last weeken's 3-game series against Oakland, the Red Sox were set to host the Cincinnati Reds in a 1975 World Series rematch for a quick 2-game series before heading on the road.

With the game tied at 1-1, it looked as though the Red Sox were set to chase Reds starter Homer Bailey from the mound in the bottom of the 3rd when Mike Napoli drew a bases-loaded walk and Grady Sizemore hit an RBI single. However, Bailey was able to limit the damage done and get through without coughing up any more runs- despite the Red Sox getting baserunners with a 3-1 lead.

Boston starter Felix Doubront, however, was only able to get through the first 5⅓ innings before the Red Sox had to get to the bullpen. This would come back to haunt Boston as Tazawa would allow a pair of runs to come home in the top of the 8th- a Todd Frasier RBI single that plated Joey Votto and a Ryan Ludwick sac fly that brought Brandon Phillips home to tie the contest up at 3-3.

Uehara, Andrew Miller and Craig Breslow would come out of the bullpen, and while getting some of those outs looked like they might be an adventure, the game remained tied at 3-3 heading into extras. Meanwhile, the Cincinnati relievers seemed to be pretty efficient in getting Red Sox batters out- at least until the bottom of the 12th when Logan Ondrusek came out of the bullpen and promptly gave up a leadoff single to Big Papi followed by a Mike Napoli single. The game ended when Grady Sizemore hit a wall-ball to deep left center [that was scored a single for some reason- NANESB!] that brought Big Papi home and gave the Red Sox the 4-3 win. Sizemore had the most productive night out of all the Red Sox, going 3 for 6 with two RBI- including the game-winner

On Tuesday night's game 3 of the series between Montreal and Boston, the Habs jumped out to an early 2-0 lead midway through the first with goals by Tomas Plekanec and PK Subban. In the 3rd, Dale Weise make it a 3-0 Montreal lead before Patrice Bergeron got Boston on the board with just over two minutes to go in the 2nd.

It remained a 3-1 game until late in the 3rd when Jarome Iginla scored to make it 3-2 Montreal with just over 2 minutes to go in regulation. Tukka Rask was pulled for the extra attacker, but that only translated to an empty-net goal from Lars Eller with less than 10 seconds left in the game.

Montreal goes on to win by a 4-2 final and takes a 2-1 series lead over the Bruins.

Game 4 is scheduled for Thursday night from Montreal and will be televised on NBC sports and CBC, with the puck scheduled to drop at 7:30 ET.
Posted by Fenway_Nation at 3:57 PM