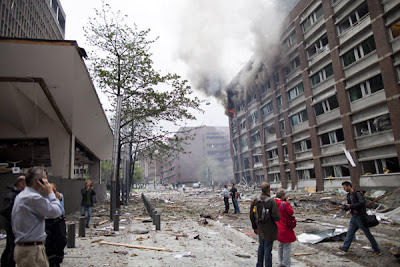 Officials in Norway are saying the death toll is expected to top 80 after twin attacks in downtown Oslo and an island just outside the capital on Friday.

Seven people were killed when a bomb detonated outside of buildings housing the prime minister's office and several media outlets in Oslo. The blast was followed by two hours later by a horrific mass shooting by a gunmen disguised as a police officer at a summer youth camp on an island northwest of Oslo.

According to eyewitnesses, the gunman arrived on the island by boat and waited for the kids to assemble before opening fire with a pistol and an automatic rifle. Some of the children at the camp heard the gunfire, and were coaxed out of hiding by the uniformed shooter before being killed.

A government spokesman had initially said that the death toll was at 17, but according to eyewitnesses and investigators, there are dozens of bodies on the island of Utoeya as well as in the water and along the beaches. Rescue workers and volunteers moving to evacuate the island reported seeing as many as 20 bodies in the water. 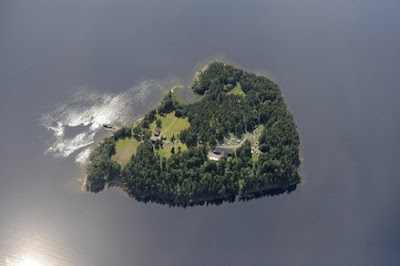 In both instances, the target of the attacks was the ruling Labor party in Norway. The bomb heavily damaged Prime Minister Jans Stoltenberg's offices, the headquarters of state news agency NRK, Norwegian tabloid VK and the headquarters of the oil ministry. The island youth camp was run by the youth wing of the Labor party and the Prime Minister was reportedly scheduled to visit on Saturday.

Norway's justice ministry named a suspect they had in custody in the mass killings- a 32 year old farmer named Anders Behrin Bervik. Bervik is reportedly a Norwegian national and is also the prime suspect in the Oslo bombing, although investigators have not ruled out the possibility of accomplices.
Posted by Fenway_Nation at 9:27 PM