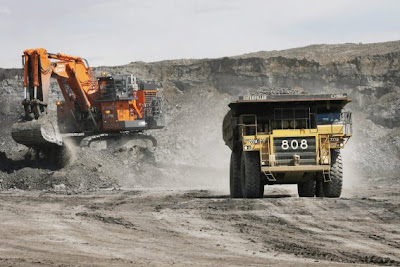 The Obama Administration formally dismissed a bid by a Canadian company to construct a pipeline that would bring in oil from northern Alberta's tar sands to Texas for refining. Although the State Department and Obama Administration has left the door open for TransCanada [NYSE: TRP] to re-apply for a permit to build the KeystoneXL pipeline or alter the planned route, it's considered unlikely that the company will do so until after the 2012 Presidential election.

President Obama had until Feb 21st to make a decision regarding the proposed KeystoneXL pipeline, but [brace yourself- NANESB!] blamed Republicans for his decision claiming that the 'arbitrary' deadline made approving the project impossible, despite the fact that the project has been under review for environmental impact on both sides of the border since 2007. Initially, approval of the product was left up to the State Department owing to the fact that it crossed an international boundary into the USA. President Obama initially announced that he would punt the final decision on KeystoneXL until after the 2012 election [i.e. when either somebody else was in the White House or he didn't have to worry about re-election- NANESB!] but House Republicans included a stipulation in the payroll tax cut debate in December that Obama had to make a decision within 60 days on the pipeline.

At least one union, the Laborers International Union of North America (LiUNA), was furious with the Obama Administration's decision, citing that the project has already underwent more than 1100 days of environmental review and that the Presidents dismissal of TransCanada's project disproportionately hurt the construction industry, which has been experiencing persistently high unemployment for the last 3 years.

Instead of waiting around for Presidential approval that is less likely to be granted, Canada is looking to market the oil from the Abathasca Oil Sands in China. To that end, TransCanada's competitor Enbridge Energy [NYSE: ENB, EEP, EEQ], backed by China's quasi state-run Sinopec [NYSE- SHI] are working on building a pipeline dubbed the Western Gateway Pipeline that would link Alberta with the Pacific Coast where the oil would be shipped to Asia from there. Curiously, this route raises even more environmental concerns as the proposed western terminus of the Northern Gateway pipeline is Kitmat, BC. From the Pacific ocean, Kitmat is only accessible by a relatively narrow inlet that poses a number of weather and navigation hazards, and the province of British Columbia imposed an informal moratorium on tanker traffic off shipping lanes north of Vancouver Island.

Obama's KeystoneXL decision barely two days after a CBS report highlighted a number of struggling 'green energy' firms that had gotten generous loans from the Department of Energy besides Solyndra.


Massachusetts-based Beacon Power filed for bankruptcy in Late October nearly a year after it had received $43 million in loan guarantees from the Department of Energy.

Roughly a month before Beacon's bankruptcy, Solar firms Solyndra, SpectraWatt and Evergreen had also filed for bankruptcy. The San Francisco Bay-area based Solyndra got the most attention out of the bankrupt firms since Obama campaign bundler George Kaiser was heavily invested in the venture and reportedly lobbied the White House directly for even more funds as the firm continued to struggle.

Along with Beacon, Evergreen solar was de-listed from the NASDAQ recently. While Beacon Power still maintains a Tyngsboro, MA address, in a cost-cutting measure, Evergreen left the Commonwealth of Massachusetts for facilities in China despite Massachusetts awarding the company nearly $60 million in grants and tax incentives to set up shop in Devens, MA.

On the other end of the country, a geothermal plant championed by Senate Majority Leader Harry Reid (D-NV) continues to struggle despite being awarded loan guarantees of $79 million as well as another $66 million in grants. Nevada Geothermal [TSX.V: NGP.V] reportedly still owes $88 million for construction costs on top of their operating costs as well.

Keep in mind that the American taxpayer is more than $500 million in the hole for Solyndra alone, but with 11 other failing 'green energy' companies who were recipients of DOE loans and various government grants, that number can only go up.

Back in December, President Obama had the unmitigated chutzpah to claim that extended jobless benefits would create more jobs than the KeystoneXL project he was set to vote on. Through his stewardship of the economy, he has ensured that both the American 'Green collar jobs' he so desperately wants to tout as well as the Canadian oil the rest of the country could use are on their way to China
Posted by Fenway_Nation at 10:41 PM