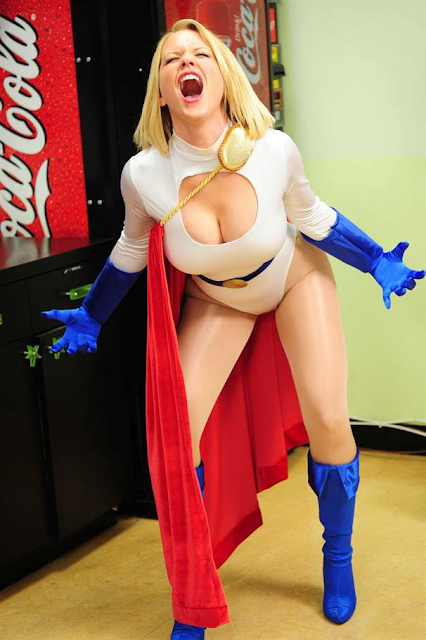 Thursday marked the start of the annual San Diego Comic-Con International; a massive gathering for collectors and fans of everything from golden-age Superman comics to cutting-edge interactive gaming platforms- or "Mardi Gras for Nerds" as I tend to call it [only there's no beads...just freebies from various studios or publishers in attendance- NANESB!] while others refer to it as 'Nerd-vana'. I don't mean that disparagingly, either- I went to the event a few years before I even started this blog and overall had a pretty good time despite returning home a little exhausted and much more broke-er. 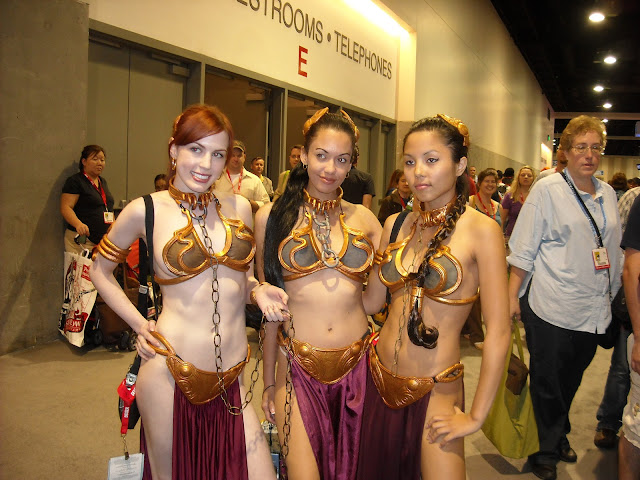 Wyatt Earp may or may not need smelling salts.. Hawkman13 via Flickr

The scenery is something to behold as well, and I'm not just referring to the pleasant bayside setting of San Diego's sprawling convention center. These costumed women in attendance at Comic-Con actually fall into two categories. Besides the professional 'booth babes' who are paid to look hot and attract customers to various booths, there's also the amateurs- women from all over the country who painstakingly put together supremely detailed costumes of their favorite comic book, TV show, anime, video game or movie character for the sole purpose of wearing it at the San Diego Comic Con. 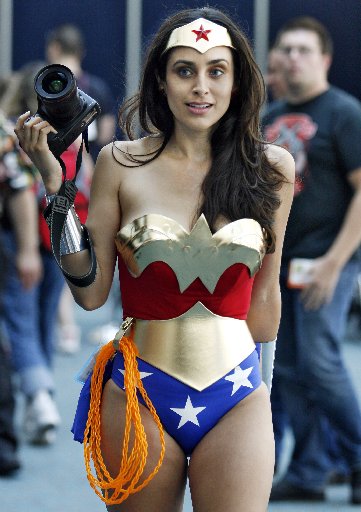 Diana Prince taking in all the sights

Unfortunately, the event may end up becoming a victim of its own popularity. As more and more Hollywood studios decided to use the San Diego Comic Con as a venue to promote upcoming movies and TV shows, an increasing number of people show up each year- possibly more than can realistically be accommodated in San Diego's Convention Center. This has led to talk of moving the annual event further north to Anaheim, Long Beach or Los Angeles- there likely would be similar capacity problems, but it would be closer to the entertainment industry hub. 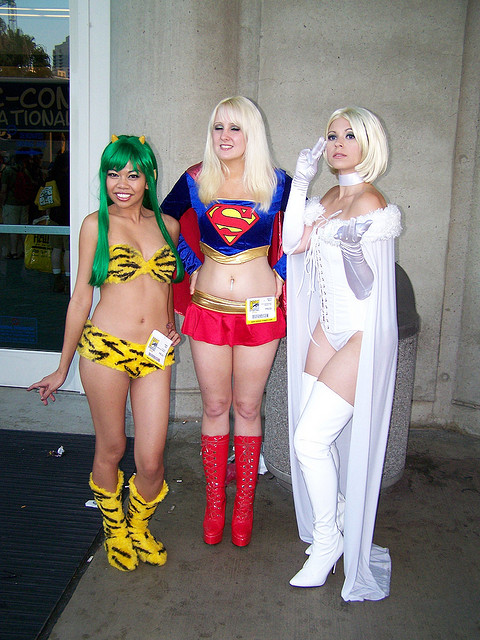 Even if you loathe comics [or movies, or video games, or TV series, or anime, etc etc- NANESB!] Comic-Con is an economic juggernaut that is expected to pump nearly $80 million into the local economy during the four day event.

However, this year's Comic-Con gets underway amidst some allegations of misconduct by San Diego's recently-elected mayor- former Democrat congressman Bob Filner. The allegations of groping, sexual harassment and inappropriate conduct come not from anonymous sources, but his own Democrat allies on the city council and in the county Democrat Party offices.

Apparently this isn't just staring, inappropriate comments or the occasional swat on the backside from a dirty old man, but rather stuff that would land an average citizen in jail.

Earlier this month, former backer and ex San Diego City Councilwoman Donna Frye accused Filner of groping and fondling a number of women visiting his office- including constituents. Without confirming the allegations against him, the 70 year old Filner has admitted to misconduct but has vowed to stay in office. Earlier he had attempted to explain away his actions as being overly demonstrative- "I'm a hugger" he told KUSI-TV in an interview last weekend. But colleagues say there's more to his actions than simply being misunderstood.

Two attorneys said Filner's inappropriate behavior was so common at City Hall that employees had coined the term "The Filner Dance" to describe how workers dodge his sexual advances.

She did not give specifics until Monday, when she read statements to the media from two alleged constituents, who were not named.

Both say the mayor -- who was engaged at the time -- tried to forcibly kiss them during separate encounters.

Frye read the statements from women she called constituents No. 1 and No. 2.

The first constituent said the mayor asked his staffer to leave the room and then asked her if she was single.

She said she told Filner that he had a beautiful fiancee and that the mayor responded that he wanted to go out with her and kiss her. Filner then grabbed her and kissed her before she was able to push him away and leave the room, according to the statement.

In a statement from constituent No. 2, Filner allegedly made sexual overtures before grabbing her on the street to kiss her.

According to Fox 5 San Diego, the second woman claims Filner grabbed her and tried to force his tongue in her mouth. Later in the car, he allegedly put "his hand on the inside of her bra and was again trying to put his tongue down her throat," Frye said.


Before Frye went public with the allegations against Filner, the mayor's fiancée announced that she was leaving him.

It's not unusual for local officials to show up at an event the size and scope of the San Diego Comic-Con, and one might assume that Mayor McGropeyhands might console himself by surrounding himself with thousands of eminently fondle-able hot nerds in skimpy costumes from across the USA. In fact, a San Diego radio station put out a bogus Public Service Announcement warning Comic-Con attendees of that possibility.

While Filner may or may not be showing up at Comic-Con [attendees will likely still have to deal with a number of unelected pervs- NANESB!] the other item on this weekend's itinerary for him smacks of the tone-deafness of a California Democrat who just doesn't care anymore now that they've been elected to office.

In a twist that you'll swear is completely made up, apparently Filner is still scheduled to be the keynote speaker at a benefit for victims of sexual assault this weekend.


The group has stripped him of the award. Instead, he is set to address the scandal now consuming City Hall.

The woman leading the benefit is Tara Jones, the president of the National Military Women Veterans Association of America.

Months ago, Jones' group decided to honor Filner with a lifetime leadership award for his work on behalf of women veterans, including the issue of sexual assault.

Amid the recent scandal swirling around Filner, the group stripped him of the award. In a statement, the groups said, "We do not tolerate sexual discrimination at any level within our society."

Still, the group did not disinvite the mayor from the August award gala, instead announcing that he will address the scandal in a speech.

"He is now the keynote speaker on these injustices," said the group.

A motivation for the invite was not given, but Jones has repeatedly expressed the importance of creating awareness.

Mayor Filner may not have backed out yet under the assumption that his speech will be a "how-to"
Posted by Fenway_Nation at 10:54 PM