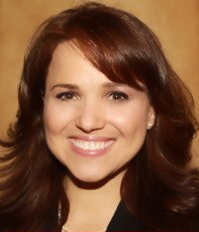 Giggty....I could caucus with that all night!

Yesterday was pretty much the big wrap-up for primary elections across the country, with voters heading to the polls in Massachusetts, Washington DC, New York, Maryland, Rhode Island, Wisconsin, New Hampshire and Delaware.
The biggest news from Tuesday night's primaries came from the 2nd smallest state in the union, where upstart Christine O'Donnell defeated former governor and nine-term Congressman Mike Castle in Delaware's Republican primary for Vice President Joe Biden's vacant senate seat.
The result immediately created a schism between GOP Leadership and the Tea Party, who's candidates have defeated other Republican candidates seen as favorites by the GOP establishment at earlier Senate primaries in Nevada, Alaska and Kentucky. The National Republican Senatorial Committee (who were heavily invested in Castle) had to walk back an earlier report that they would not provide any financial support to O'Donnell's campaign on Wednesday. For now, it appears as though Castle has picked up his toys and left in a huff, refusing to endorse his primary opponent after launching a series of attacks against O'Donnell immediately before the Primary. Keep in mind this is the same NRSC that supported such stalwart and loyal conservatives like Charlie Crist, Jim Jeffords and Arlen Specter.
Personally, I figured a fairly dark blue state like Delaware would pick the more liberal/moderate/RINO-ey/whatever-the-hell-you-want-to-call-it Castle to represent them in the Senate, so I was a little surprised. And as far as I know, the state of Delaware doesn't have an open primary, so it's not as though Democrats and liberals were trying to derail Castle's campaign by showing up en masse to vote for his primary opponent.
Unlike Carl Rove, I'm not going to lose too much sleep over this. Castle was one of eight Republicans who voted for the onerous, job-killing cap and trade bill in Congress. If a Congresscritter voted for cap and trade, odds are I wouldn't cross the street to piss on them if they were on fire- unless I could magically piss some sort of flammable liquid [gotta watch out for that splashback tho', NANESB!].
The conventional wisdom was that if Castle lost, the state would automatically go deep, dark blue. However, the more I find out about New Castle County commissioner and self-proclaimed bearded Marxist Chris Coons (the Dem candidate for the Senate seat), the less convinced I am this seat will automatically go to the Dems. Apparently Coons nearly bankrupted New Castle County in his 5 years as Commissioner as well, but is branding himself a fiscal conservative for Halloween this election.
Having said that, I know just as much about O'Donnell herself. Right before the primary, Castle saw it fit to bring up a civil suit in which she was a plaintiff and her falling behind on mortgage payments recently. She was endorsed by Sarah Palin and the Tea Party Express, but I had my doubts about how much weight those endorsements would carry in Biden country.
[New Castle County is the northernmost county in Delaware and includes Delaware's largest city, Wilmington, as well as Amtrak's Northeast Corridor and I-95 in its boundaries- NANESB].
So right now, I think the big takeaway from all this is that not even incumbent Republican seats are safe from the rising tide of anti-incumbent sentiment. Let's also keep in mind that the increasingly influential Tea Party doesn't have the monopoly on anti-incumbent fever. It remains to be seen whether or not O'Donnell can gain any traction after her primary win or if in 50 days people will be having a conversation on whether or not it was better for the GOP and conservatives to have lost a blue state with a more conservative candidate or won it with a very liberal Republican congressman.
Posted by Fenway_Nation at 9:46 PM