It's that most wonderful time of the year.

This is something I can say with little exaggeration or hyperbole as I've taken to referring to the phenomena as the 'glorious overlap' where fans had the enviable dilemma of which game they wanted to tune in for- baseball, NCAA football, NFL Football or (depending on how far some of the baseball teams advance in October) NHL hockey- when those games were being played concurrently. For me, this was a fairly recent phenomena that I was unfamiliar with until my discovery of XM Radio, DirecTV and internet streaming broadcasts.

Of course, as any New England sports fan worth their salt could tell you, we had the dilemma of trying to figure out which playoff caliber (if not championship caliber) team to watch in late September or early October more than one season over the past decade. It's a good problem to have- although I think that this year, the Red Sox may be taking the initiative in helping me whittle down my sports viewing choices in October. But until then, there's still some baseball to be played. 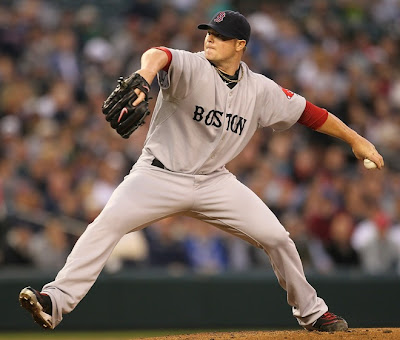 : After dropping two out of three in Mogadishu by the Bay Oakland over the weekend, the Red Sox travelled north to Seattle to take on the Mariners. On Monday night, Jon Lester got the start against Doug Fister and got some run support in the top of the 2nd off the bats of rookies Daniel Nava and Lars Andersen (plus a run coming in on a Josh Reddick groundout) to make it a 3-0 game. The Mariners couldn't get a runner past 2nd base until the bottom of the 7th when Lester gave up a one out walk to Franklin Guttierez followed by a Jose Lopez single that put Guttierez at 3rd and a Casey Kotchman groundout to make it a 3-1 game before Lester got out of the inning.

More run support came in the top of the 8th when Marco Scutaro drew a leadoff walk and Ryan Kalish homered to right field to make it a 5-1 game. Daniel Bard would close things out in the 9th to make it a 5-1 final for Boston.

Lester allowed just 3 hits, 3 walks, one run while striking out 12 in eight innings of work. This gives Lester his 17th win of the season and became the fifth Red Sox pitcher to have back to back seasons where he reached the 200 strikeout mark, joining Pedro Martinez, Roger Clemens, Cy Young and Smokey Joe Wood. Monday night's win was #17 on the season for Lester.

There was a Jed Lowrie sighting at SafeCo on Tuesday night as the shortstop went 2-4 with two homers and 3 RBI on the night in support of Daisuke Matsuzaka. Dice-K went 6 innings, giving up eight hits and five runs while walking four and striking out three. Reliever Rich Hill got the win by getting the only batter he faced Tuesday night- Casey Kotchman- to ground out. Big Papi managed to put the Sox away for good with a 3 run blast in the top of the 8th inning as the Sox managed to hang on for a 9-6 win.

OTHER SOX NEWS: Far more competent sports bloggers than myself are reporting that the Red Sox have already released their 2011 regular season schedule. Reportedly, the Sox will be hosting the Chicago Cubs, Milwaukee Brewers and San Diego Padres for interleague play while travelling to Houston, Philly and Pittsburgh.

Infielder Mike Lowell told the Boston Herald this week that he would be retiring at the end of this season.

"I'm retiring. I just don't want to make it a song and dance because I don't think that's necessary, but if someone needs something official, yeah, I'm going to retire. This is going to be my last year."

The veteran infielder arrived from the Florida Marlins in 2006, included with the Josh Beckett trade as part of a salary dump, but would go on to win MVP of the 2007 World Series. Lowell's playing time would diminish after undergoing hip and thumb surgeries and the arrival of Victor Martinez who could start as catcher, first base or DH.

[Thanks for all you did, Mike. You were a class act all the way and will be missed- NANESB!] 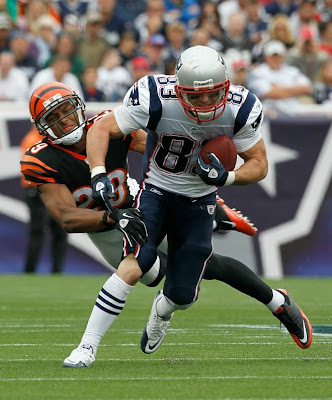 NFL: And as it turned out, I was ready for some football now that the games count.

And I wasn't the only one, as this action-packed photo of Wes Welker indicates. Welker looked like he hardly missed a beat after a season ending injury and knee surgery at the end of last season, scoring two TDs on 64 yards and 8 receptions.

Brady went 25 for 35 with 258 yards, three touchdowns and no interceptions after getting a new contract and coming away unscathed from a car wreck a few days prior to the season opener. LB Gary Guyton ran an intercepted Carson Palmer pass back for 59 yards and a touchdown while WR Brandon Tate on special teams returned the opening kickoff of the 2nd half for another New England TD to make it 31-3 New England.

Cincinnati would chip away at the lead some, but all the TO's, Ocho Cincos and Pac Man's couldn't help them, as cornerbacks Devin McCourty and Darius Butler were able to stifle 'Batman' and Robin (i.e Ochocinco and Owens).

Patriots win by the final of 38-24 against Cincinnati, although it wasn't even that close. This upcoming weekend, the Pats will take on the Jets at East Rutherford, NJ. 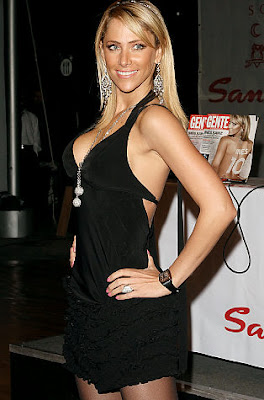 OTHER PATS NEWS: The Lawrence Maroney era is now over. The Pats sent the RB to the Broncos in exchange for a 4th round draft pick in the 2011 draft.

NCAA FOOTBALL: There is no pre-season in college football, but you could make the case that starting off with back-to-back home games against Weber State and Kent State is the next best thing as the BC Eagles handled the Kent State Golden Flashes pretty easily with a 26-13 win on Saturday at Chestnut Hill.

Eagles QB David Shinskie went 18 for 27 with 214 yards and 2 TDs while Clyde Lee had 54 yards receiving and a touchdown. This brings the Eagles record to 2-0, although they have yet to face an ACC opponent. The BC Eagles have this Saturday off before opening up ACC play at Chestnut Hill against Virginia Tech.

Va Tech is coming off a 16-21 loss to James Madison of the FCS Colonial Athletic Association (remember them?) on Saturday.

Elsewhere in New England, UConn's home opener featured a pretty brutal and one-sided beatdown of the Texas Southern Tigers by a final of 62-3. The Huskies will travel to Philadelphia to take on the Temple Owls of the Mid America conference on Saturday.

ELSEWHERE IN NCAAF: Former USC Trojan and current New Orleans Saints running back Reggie Bush forfeited his 2005 Heisman trophy in an unprecedented move Tuesday. The running back said that the scandal involving him receiving improper benefits while at USC 'should not stain the dignity of this award'. This is the first time in the award's 75 year history that it was forfeited by a winner.

The University of Southern California Trojans are under NCAA sanctions for the 2005 scandal and ineligible to play in any bowl games for the next three seasons. The Heisman Trophy Trust is considering their next move now that the trophy's been returned.