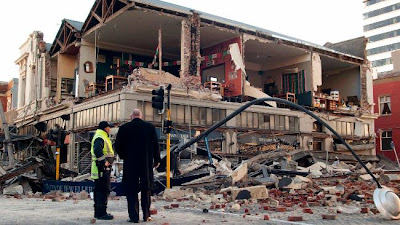 Authorities in the Canterbury reigon of New Zealand's South Island had declared a state of emergency after a 7.0 earthquake struck the island and heavily damaged many structures in and around the city of Christchurch at around 4 AM local time Saturday. Eighty extra police officers were brought in from Auckland to enforce a 7 PM to 7 AM curfew while personnel from New Zealand's Army were brought in to help with relief work.

A fire had flared up in downtown Christchurch, but firefighters efforts were stymied when there was no water pressure due to the broken pipes. There were also reports of sporadic looting, but authorities began making arrests. 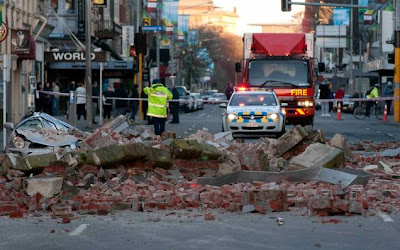 Engineers say that at least six major bridges in the Canterbury region were heavily damaged by the quake and even on the roads that were undamaged, debris from collapsed buildings blocked lanes. No tsunami warnings were issued, although concerns that strong aftershocks could knock down already damaged buildings led authorities to seal off the downtown area.

New Zealand Prime Minister John Key said in a statement that there were no confirmed fatalities, although many people were being treated for injuries from falling debris or broken glass at area hospitals.

Posted by Fenway_Nation at 2:09 PM