Happy Rosh Hashanah, From Not Another New England Sports Blog! 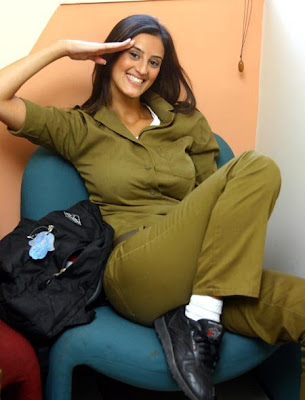 I would like to take this opportunity to wish all of my regular Jewish and Israeli visitors [Do I have any? If not, I'll just wish it to Jewish passers-by then- NENESB!].

Since Bar Refaeli is apparently a draft dodger (not an easy feat coming from a nation that has mandatory conscription) I thought the High Holiday observing the New Year could be kicked off with some Israeli eye-candy that's actually wearing the IDF uniform.


Of course, some could argue that there's a sensationalist and exploitative element to pointing out the fact that there's attractive women living in Israel.

But for a more straightforward, slice of life look at contemporary Israeli women serving in the IDF, photographer Rachel Papo has an interesting photo essay called Serial No. 3817131. 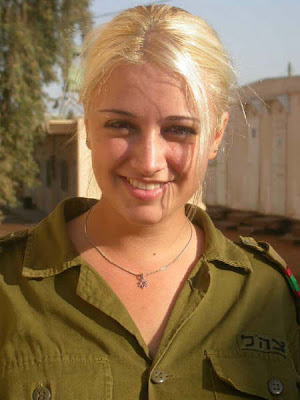 It was my observation that if a woman could look good in BDUs (i.e. Battle Dress Uniform- the day-to-day camouflage uniform of the US Army), she could look good in pretty much anything. I think the same analysis could hold true for the IDF olive-drab uniform, although that hasn't hindered the IDF glee club any.

But on this Rosh Hashanah, I will let you, good NANESB! readers, be the judge of that.