Well, it didn't take long for Speaker of the House Nancy Pelosi to weigh in on the Ground Zero Mosque controversy, and in true Pelosi fashion she had effortlessly managed to come down on the wrong side of the issue. And I'm not talking Obama's tepid but condescending support for the Park51 project by pointing out the backers have a Constitutionally protected right to set up shop adjacent to Ground Zero. Get a load of what she had to say in a KCBS interview earlier this week:

There is no question there is a concerted effort to make this a political issue by some. And I join those who have called for looking into how is this opposition to the mosque being funded,”

Wait a sec.....we're supposed to be getting paid for opposing the mosque? And here I was opposing it pro-bono like a complete and utter chump!

I wonder if Speaker Pelosi is going to start with notorious right wing shill and hatemonger Howard Dean who spoke out against the proposed Park 51 mosque and cultural center on Wednesday:

“This is something that we ought to be able to work out with people of good faith," Dean said in an interview with WABC radio.

"We have to understand that it is a real affront to people who’ve lost their lives, including Muslims.

"That site doesn’t belong to any particular religion … So I think a good reasonable compromise could be worked out without violating the principle that people ought to be able to worship as they see fit.”

Senate majority leader Harry Reid (D-NV) also came out against the mosque earlier this week, although the cynic in me naturally wonders if he would've been as vocal in his opposition if he wasn't up for re-election in a closely contested race in the Silver State. 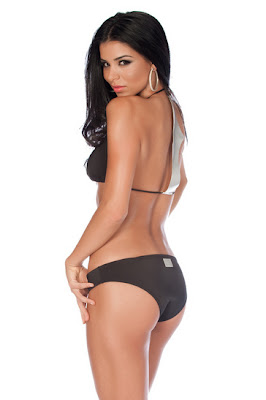 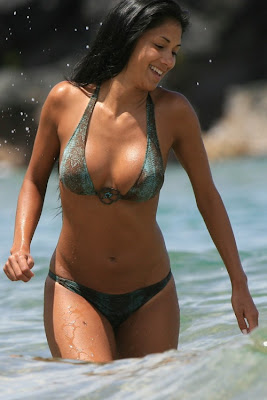 Ms. Fakih said in an interview with Inside Edition that she objected to the mosque being so close to Ground Zero. "We should be more concerned with the tragedy than the religion" she told the interviewer. 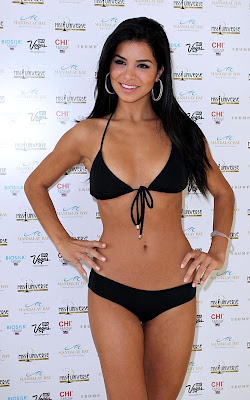 Nine times out of ten, I don't really hold the opinions of beauty pageant contestants in high regard (unless it's the bodacious and kick-ass Katrina Hodge), but Rima and her family are practicing Muslims who emigrated to the USA from Lebanon when she was a child, so that gives her opinion a little more weight than the run-of-the-mill 'I'd wish for World Peace' boilerplate response from many contestants. 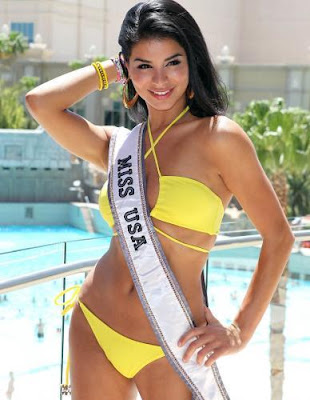 I'm actually a little surprised she spoke out on the matter, since nude pictures, loaded questions by Perez Hilton and bouts of kleptomania notwithstanding, contestants typically try and avoid controversy. Also, the default argument for Mosque supporters seems to be "If you don't support the Park 51 mosque, then you're just a semi-literate bigot!", ironically failing to realize that the 1st Amendment is a two-way street.

This argument is not lost on the wife of Park 51 Imam Rauf, Daisy Khan was awfully quick to pull out the "WAH! We're victims of bigotry anti-semitism" card when being interviewed by terrorist-apologist hack Christiane Amanpour for ABC News' This Week on Sunday morning.

Imam Rauf himself has been on a US State Department-sponsored trip to the Persian Gulf and Middle East for the last few weeks. 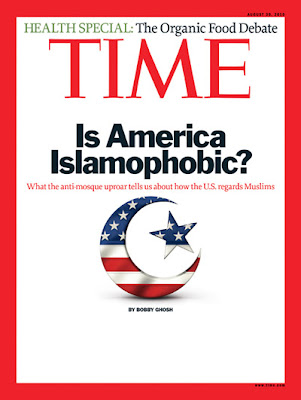 But fear not! Not only has a snide and increasingly irrelevant mainstream media has come out in full support of the mosque, but has also taken to telling Americans that we need to just 'get over' 9/11 and that we don't appreciate the wisdom and genius of our current Commander in Chief.

The president also bought "Freedom," a new novel by Jonathan Franzen about a dysfunctional family in America. This is apt, since Mr. Obama is the head of the dysfunctional family of America -- a rational man running a most irrational nation, a high-minded man in a low-minded age.

The country is having some weird mass nervous breakdown, with the right spreading fear and disinformation that is amplified by the poisonous echo chamber that is the modern media environment.

The dispute over the Islamic center has tripped some deep national lunacy. The unbottled anger and suspicion concerning ground zero show that many Americans haven't flushed the trauma of 9/11 out of their systems -- making them easy prey for fearmongers.

Oh no! If only our intellectual betters like Maureen Dowd could rescue us from the 'fearmongers' and we could go back to our sedative spiked sippy-cups of Kool-Aid, plop ourselves down in front of the boob tube and listen to Amanpour remind us of what a horrible, racist nation the United States is with every syllable.

Again, the notion that the controversy surrounding the proposed mosque and imam was ginned up solely for the benefit of the GOP seems to overlook the fact that the Republicans would be better off running against incumbent Democrats on issues like the economy, unemployment, increased government spending or Afghanistan.

People are pissed, and the more this current Administration, the Democrats, the media or select grievance groups tries browbeating them into silence, the more pissed they get.

Supporters and opponents of the mosque gathered in two separate rallies on Sunday in lower Manhattan- the opponents apparently outnumbering the supporters.

Elsewhere, the New York Daily News is reporting that a growing number of Union construction workers will avoid the former Burlington Coat Factory building that is the focal point of the Park 51 mosque. Brooklyn construction worker Andy Sullivan created a 'Hard Hat Pledge' on his blog where suppliers, construction and trade workers and others vow not to work on the project should it remain in its current location.