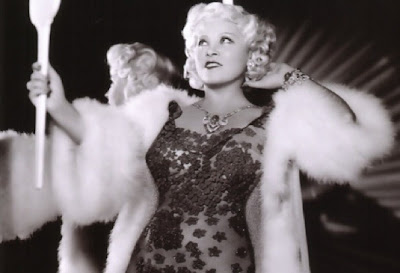 Born Mary Jane West in Brooklyn, NY, Mae West got her start in Vaudeville and stage before moving on to the then relatively-new medium of the talking pictures.

She also was also a playwright and after penning a number of plays under the pseudonym Jane Mast, her 1926 play Sex earned her notoriety when the New York Police Department raided the theater and West was sentenced to 10 days jail time for indecency. She got two days knocked off her sentence for good behavior and the publicity around her arrest and sentencing helped her career.

In 1932, West was offered a motion picture contract by Paramount Pictures at the age of 38 and made her talkie debut in Night After Night. Her next film, She Done Him Wrong, paired her with a relatively unknown Cary Grant in 1933.

Besides her walk and her double-entendres, West is probably best known for her frequent run ins with censors over the Motion Picture Production Code. Since West would write or re-write lines for her charachters and her 1926 arrest over Sex basically put her on the map, the censors would reportedly go over her script with a fine-toothed comb. West reportedly got around this by placing particularly bawdy and attention-getting lines that she knew wouldn't make it past the MPPC censors so that they might overlook some of her more subtle and coy double entndres in the script.

Now that I think about it, the only Mae West film I ever saw was My Little Chickadee in which she shared top billing with WC Fields. 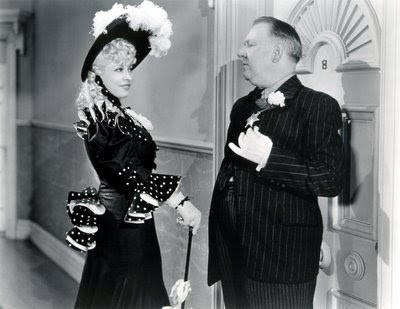 Reportedly the two lead actors couldn't stand each other, with West apparently being a teetotaller in real life and WC Fields living up to his on-screen lush persona. The 1940 film ends with Fields and West swapping their trademark lines, with WC's character urging West to "Come on up and see me sometime" to which West replies "I'll do that, my little chickadee".

[OK...technically the film ends with a giant 'THE END' on West's posterior as she's walking away from the camera, but let's not pick nits here- NANESB!]

West would later go on to infrequently appear on stage, screen and TV until her death in 1980.