Officials in Martin County, FL reportedly pressured a high school English teacher into resigning her position last month once they learned she had modeled for some photo shoots in very skimpy swimwear. 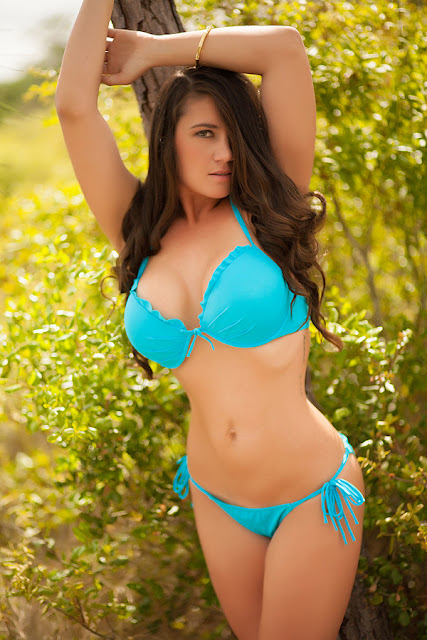 MARTIN COUNTY, Fla. -- A Martin County High School teacher who had planned to resign at the end of the school year said she was asked to leave a month early.

Sprauer confirmed it was one of her modeling photos.

Sprauer said the principal asked for her resignation and was escorted off campus.

A statement released from the Martin County School District confirmed Sprauer no longer works for the district.

Martin County, which is situated to the south of Palm Beach County, is home to just over 125,000 people according to the most recent Census. 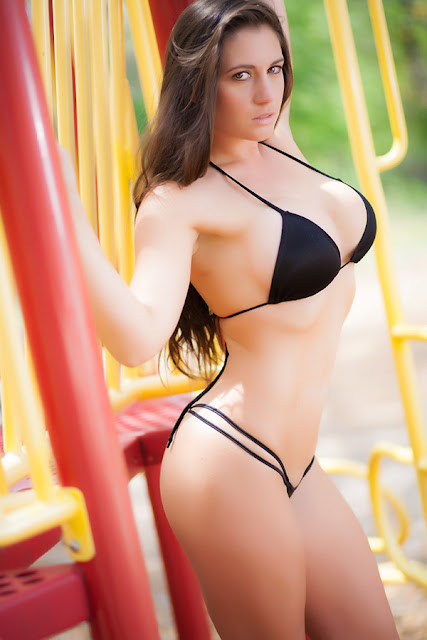 Sprauer, who modeled under the name Victoria Valentine James, still maintains an online portfolio of some of her work at the Model Mayhem website.

I gotta say that while I may have some misgivings if she were one of my kid's teachers, I also don't think this should've cost Sprauer her job- even if it meant firing her a month before she was supposed to leave anyway. My only thought might be that there was even more NSFW images out there that haven't been as widely circulated that the administration was made aware of.

Also, when attractive female teachers make headlines, it usually is because they've been discovered sleeping with one of their underage pupils. I suppose all involved should be glad that's not the case this time around.

This isn't the first controversy involving scantily clad teachers in the area. In 2008, high school teacher and divorced mother of three Tiffany Shepherd took on a job as a 'bikini mate' on a charter fishing boat in nearby St Lucie county. She was fired by the school district shortly after taking the bikini mate job, although school officials say the dismissal was from a long string of written reprimands and unexplained absences from Shepherd.

Within months of her dismissal by school officials, Shepherd said she had to take up appearing in adult films to help pay the bills. In 2010, Shepherd was arrested on misdemeanor charges of filing a false police report in nearby Okeechobee county.
Posted by Fenway_Nation at 10:57 PM