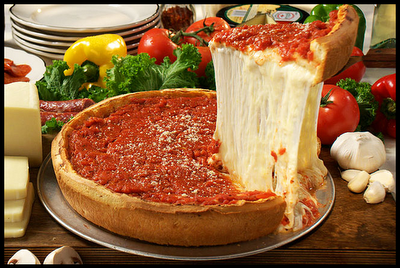 Customers of Papa John's can expect to see an increase in the cost of the chain's pizza pie, and according to chairman John H Schnatter, President Obama's landmark healthcare law is to blame for the anticipated rise in prices.

In a conference call with analysts, Schnatter said that although he did not support 0bamacare, his company's business model would reportedly allow it to absorb some of the costs associated with the law better than some other companies.


According to Papa John’s Founder, Chairman and CEO John H. Schnatter, health-care reform will cost the company an additional 11 cents to 14 cents per pizza.

“We're not supportive of Obamacare like most businesses in our industry,” Schnatter said in a call to analysts. “But our business model and unit economics are about as ideal as you can get for a food company to absorb Obamacare.”

Schnatter added that on a corporate basis, the reform would increase Papa John’s price per pizza by 15 to 20 cents.

“Let's say fuel goes up-- which it does from time to time-- and we have to raise delivery charges,” said Schnatter.”We don't like raising delivery charges, but the price of fuel is out of our control as is Obamacare. So if Obamacare is in fact not repealed, we will find tactics to shallow out any Obamacare costs. And of course strategies to pass that cost onto consumers in order to protect our shareholder's best interest.”

Headquartered in Louisville, KY, Papa Johns [NASDAQ: PZZA] is the third largest pizza chain in the USA and boasts more than 3800 locations in 32 countries.

While an increase of 15¢ to 20¢ may not seem like much at first glance, keep in mind that Papa John's is a large and well organized corporation with considerable purchasing power. For many of the smaller local or regional chains or stand-alone family run pizzerias, those costs will quickly add up and those locations will also have little choice but to pass along costs to their customers. 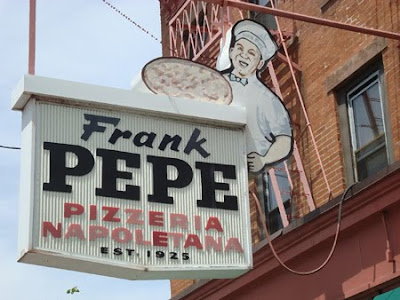 With a number of such restaurants already in danger of shutting down due to the sluggish economy over the last three years, I suspect the last thing they would need is additional regulations, red tape and paperwork in regards to their employee healthcare under threat of punitive fines from the IRS. If nothing else, think of 0bamacare as the Dodd-Frank of pizzerias.

What's Dodd-Frank? you might be asking yourself? No- Dodd-Frank isn't the Castle County, Maine Sherriff's Deputy who was revealed to be a serial killer in the Stephen King novel The Dead Zone- that was actually Frank Dodd.

The Dodd–Frank Wall Street Reform and Consumer Protection Act of 2010 was signed into law by President Obama two years ago. Proponents of the bill claimed it was meant to keep larger banks and financial institutions such as JP Morgan and Bank of America in check in the wake of the 2008 subprime lending meltdown and "too big to fail" bailouts. However, two years later the larger banks that had been bailed out seem to be thriving at the expense of smaller, community banks in the new regulatory environment.

While larger institutions such as Citibank or JP Morgan-Chase had engaged in much of the subprime lending practices that led up to the current economic crisis and malaise, they were larger, better funded and more equipped to handle the compliance costs of the new regulations with Dodd-Frank while much smaller institutions such as Lee Savings Bank or First National Bank of Durango had fewer resources and funds available to put towards compliance. Basically, despite claims of reigning in unaccountable and reckless Wall Street fat cats, the same regulations entailed in Dodd-Frank are adversely affecting the smaller community banks and lenders differently moreso that the giant, bailed-out "too big to fail" institutions like Citi. Althought they weren't pivotal in the subprime lending crisis, the economies of scale can apply that same situation to a Papa John's or Pizza Hut versus a family-run restaurant like the Pizza Den in Chatham, NY or Huckelberry's in Rock Island, IL and I'll leave you to figure out which one is at an advantage in the new regulatory environment.
Many of the small businesses are still trying to figure out how best to make payroll in this economy to try and figure out what provisions of 0bamacare are going into effect when.

Yes, thanks in part to President Obama's economic and healthcare policies, a family going out for a large pepperoni and mushroom pizza once a week may very well become a frivolous and unattainable luxury for many Americans.

In addition to the estimated cost increase with 0bamacare compliance, the midwest is currently in the middle of one of the worst droughts in more than 50 years. The USDA has slashed the estimated corn yield by 12%, driving up the price of corn which in turn will likely force livestock to liquidate herds because of the increased cost of feeding them, making meat and dairy even more expensive.