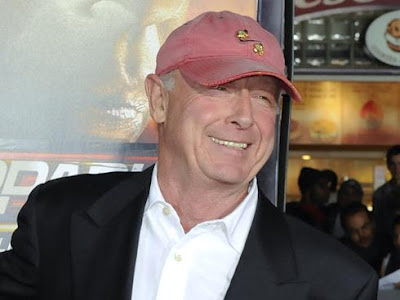 Film director Tony Scott, whose credits include Top Gun, Days of Thunder, True Romance, Man on Fire and most recently the runaway train movie Unstoppable has died in an apparent suicide in California.

Eyewitnesses in the Los Angeles area reported watching Scott get out of his car on the Vincent Thomas bridge in Long Beach, CA during the overnight hours of August 19-20 and scale the guard rail before jumping to his death. The Los Angeles Port Police recovered his body from the water the following day.

Early media reports attributed Scott's suicide to an inoperable brain tumor, but his family immediately denied those reports. Although the 68 year old British-born director had left behind a note, investigators say it contains no apparent motive for his suicide.

Tony Scott was also the younger brother of fellow director Ridley Scott of Alien and Blade Runner fame. While growing up in England, the two brothers would sometimes appear in each other's film school projects. While the two brothers had started out filming commercials, they both began gravitating towards motion pictures in the late 1970s and early 80s.


Although Scott's first feature-length Hollywood film, The Hunger, did poorly at the box office in 1983, it gained a cult following a few decades later and introduced Willem DaFoe in a minor role. At the time, the younger Scott brother thought he was unemployable due to the poor box office of The Hunger, but within two years he was approached by producer Jerry Bruckheimer to direct Top Gun. Scott's earlier directing of an ad for Swedish automaker Saab depicting a Saab 900 Turbo racing a Saab Viggen-37 single-seat jet fighter had reportedly factored into the decision to hire Top Gun director. 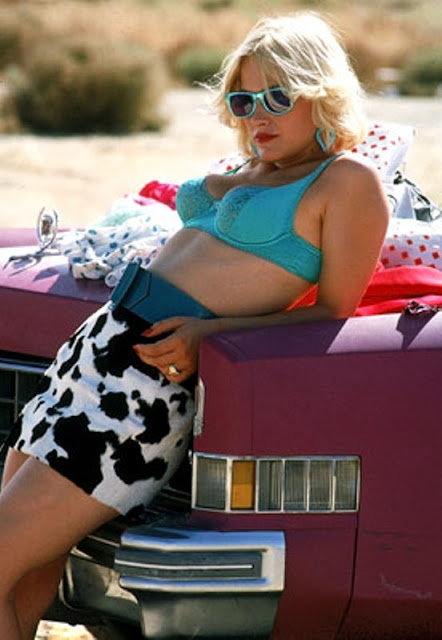 Patricia Arquette as ex-prostitute Alabama Worley on the lam in Tony Scott's 1993 film True Romance. A number of critics rate this noir road movie as the most memorable films of the 1990s. The film was also one of the first scripts successfully shopped by then-writer Quentin Tarantino. Image courtesey of Warner Brothers studios

Through the late 1990s and into the 2000s, Scott would go on to direct a number of films including Crimson Tide, Enemy of the State, Spy Game, Man on Fire and the 2009 remake of The Taking of Pelham 123.

Scott's most recent project to hit theaters was 2010's Unstoppable- starring Denzel Washington, Chris Pine and Rosario Dawson in a fictionalized version of a 2001 runaway train incident in Ohio where crews were able to catch up and board the train to stop in manually, but only after another set of locomotives had coupled onto the rear to slow it down considerably.

For this project, Tony Scott's timing was impeccable. The nation's economy was still staggering from the effects of the Great Recession, which meant that traffic levels were down on railroads throughout the nation. Locations and venues that would've interrupted revenue freight operations for a number of railroads suddenly became available for filming. Scott and his production crew spread the filming out between Ohio, Western Pennsylvania and the southern tier of New York. Among the real-life railroads that hosted the filming were the Nittany and Bald Eagle, Western New York & Pennsylvania, Buffalo & Pittsburgh and Wheeling & Lake Erie.

Since CSX had no desire to revisit the 2001 Ohio runaway train incident, Scott and his writers created the fictional Allegheny & West Virginia railroad and changed the setting to Western Pennsylvania. In a nod to the real-life runaway train, the film's main antagonist is AWVR #777- a six-axle 4400 HP Canadian Pacific General Electric locomotive that the production crew was able to borrow for the months-long shoot. A number of other locomotives- mostly 3000 HP EMD SD40-2s from Larry's Truck & Electric in nearby McDonald, OH were hastily adorned with markings for the fictitious Allegheny & West Virginia and pressed into service on the set, including the locomotive the protagonists use to try and bring the runaway to a halt. 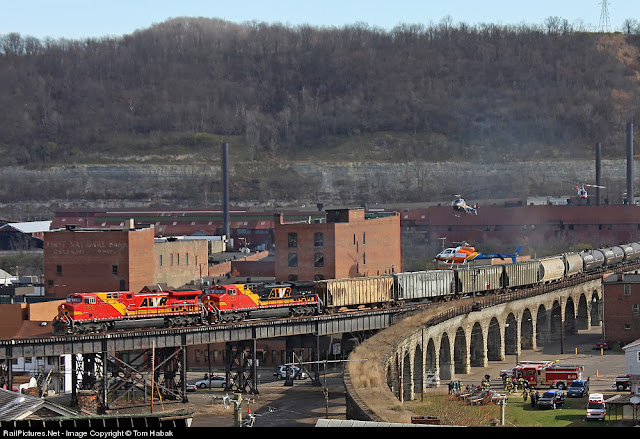 'Allgheny & West Virginia' AC4400W's roll across the Ohio River at Bellaire, OH in November 2009 for filming of Unstoppable- what turned out to be director Tony Scott's final film. Tom Habak photo

For the early scenes of the movie, Scott closely consulted with Wheeling & Lake Erie foreman Steve Stertzbach of Tuscarawas Township, OH. Scott was reportedly so impressed with Stertzbach's work in the early filming of Unstoppable that he requested that the foreman stay on and consult with the lead actors on operating the actual locomotive as well as a mockup that was rigged to accommodate cameras.

For five months, Stertzbach got to live the dream while still receiving his Wheeling and Lake Erie salary as well as overtime, per-diem and expenses while Scott's production company provided the foreman with meals, lodging and a 2010 Chevy Equinox. Stertzbach also recalled that Scott welcomed his family to the set and even cast his eldest son in a small part. When the movie was released in November 2010, Scott sent the Ohio rail worker who had consulted with him an ornately decorated leather-bound edition of the script signed by him for Christmas a month later.

Just weeks before his death, Scott was reportedly scouting out locations for a rumored sequel to Top Gun and was also slated to direct a remake of Sam Peckinpah's The Wild Bunch. According to colleagues, Scott seemed particularly enthusiastic about the Top Gun remake which only deepens the mystery behind a possible motive for Scott's suicide.

A private memorial for family and colleagues was held on Friday afternoon at the Hollywood Forever cemetary, which is also the final resting place of actors and directors such as Cecil DeMille, Doug Fairbanks and Jayne Mansfield.
Posted by Fenway_Nation at 11:49 PM