Hurricane Isaac Makes Landfall in Louisiana Ahead of Katrina Anniversary 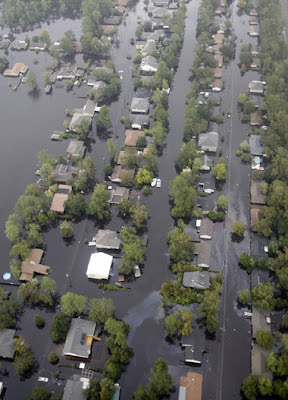 
Evacuation orders were lifted along much of the Gulf coast on Thursday after the considerably weaker but slower-moving Hurricane Issac moved inland in the run-up to the seven year anniversary of Hurricane Katrina making landfall.

There was some concern about the possible impact on New Orleans, which is still recovering from Katrina some 7 years later, but the Big Easy was spared a direct hit from Isaac as the storm made landfall twice, coming ashore southeast of New Orleans in Plaquemines Parish for the second time. The storm continued north from there, continually losing strength as it made its way into Arkansas.

While pumps and levees in the Crescent City held up during the city's latest brush with Isaac, suburban and rural areas just outside of New Orleans were hit with flooding as rain from the slow-moving storm overwhelmed neaby bayous.

Earlier in the week, a strengthening Isaac had sideswiped Haiti and the Dominican Republic and forecasters put the hurricane on a trajectory to hit the Florida Gulf Coast around the same time as the 2012 Republican National Convention in Tampa, FL. Governors Bobby Jindal or Louisiana, Phil Bryant of Mississippi and Robert Bentley of Alabama had pre-emptively declared States of Emergency in the coastal regions of their respective states ahead of Isaac's arrival. The three governors- all Republicans- also cancelled their scheduled visits to the GOP convention to attend to the neccesary disaster prepeartions and cleanup.

Although Isaac was relatively mild compared to other hurricanes that came ashore from the Gulf Coast in recent years, the Cat 1 hurricane still caused widespread problems- particularly in Louisiana. As many as 820,000 residents were without electricity on Thursday- some 39% of the state's population.