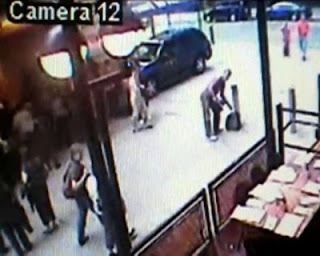 Although an FBI spokesman declined to identify the suspect by name, reports are circulating that the man detained is an American citizen of Pakistani background who had just returned from a trip to the country a few weeks prior. No word on whether or not this was the same man who was seen on surveillance footage from nearby stores leaving the 1993 Nissan Pathfinder before taking off a dark shirt and stuffing it in a bag and fleeing the scene. The suspect was reportedly arrested at JFK airport.