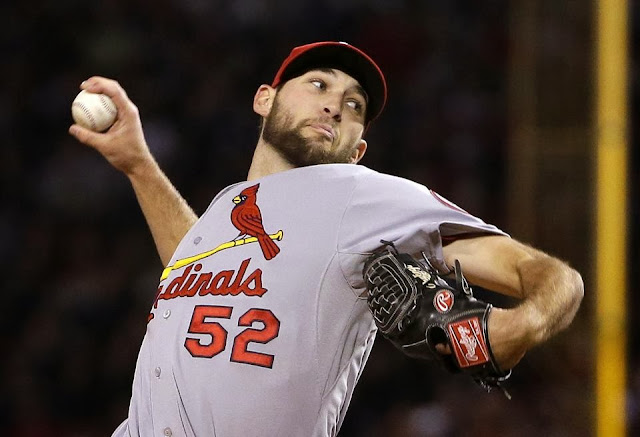 WORLD SERIES: Not gonna lie to you- I'm a little bummed after Thursday night.

Game two of the 2013 World Series featured Cardinals phenom Michael Wacha going up against veteran John Lackey, and it was every bit the pitchers duel as advertised through the first couple of innings. The Cardinals broke through in the top of the 4th when Matt Holliday led off the inning with a triple to the 'triangle' area of deep center field. After Matt Adams grounded out to second, St Louis got on the board with a Yadier Molina groundout to first to make it a 1-0 ballgame; St Louis' first lead over Boston in the World Series since Game 7 of the 1967 Fall Classic.

The way Wacha was pitching, it was looking as though the 1-0 lead might hold up. However, after the former Aggie allowed a 1-out walk to Dustin Pedroia, DH David Ortiz finally figured the Cards rookie out and belted a 3-2 offering into the Monster Seats to give the Sox a 2-1 lead.

That lead would be short lived, however, after Lackey got Allen Craig to strike out in the top of the 7th, he walked David Freese and gave up a single to Jon Jay before Craig Breslow came in out of the pen to relieve Lackey while Cards manager Mike Matheny would get Pete Kozma to pinch run for Freese. Jay and Kozma would successfully execute a double steal before Breslow ended up walking Daniel Descalso. Carpenter would then hit a sac fly to bring home Kozma- Saltalamacchia couldn't corral the throw to home. Although Breslow was at home to back up Saltalalmacchia, this throw to 3rd went into the seats and allowed Jay to score, giving St Louis the 3-2 lead. However, the Cardinals weren't done yet- Carlos Beltran notched his first World Series RBI with a single that brought home Descalso to make it a 4-2 St Louis lead.

The St Louis uprising took the wind out of the Red Sox sails as they couldn't mount a credible threat against the St Louis bullpen. Although Tazawa, Workman and Uehara would limit the Cardinals batters to a single in the 8th inning, the Red Sox bats were limited to a Big Papi single that was ultimately harmless.

A night after the Cardinals comedy of errors cost them dearly in Game 1, they take the lead on two hits and two errors in the top of the 7th to take a 4-2 and go on to even the series at 1-1.

The series now heads to St Louis with no DH for the Red Sox- David Ortiz is expected to play first base starting with Game 3. Jake Peavy will get the start against Joe Kelly. First pitch for Game 3 is scheduled for 8:07 ET and the game will be televised on FOX. 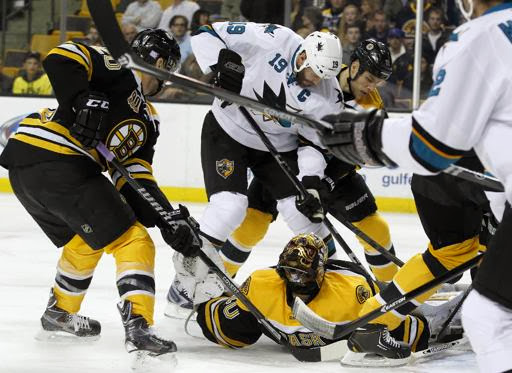 NHL- With all eyes on Fenway on Thursday night, the Bruins were getting set to host the San Jose Sharks- who had yet to lose in regulation this season. That would all change in a pretty unbelievable fashion in the 3rd period as David Krejci broke a 1-1 tie with exacly 0.8 seconds remaining in regulation.

The Bruins best San Jose by a 2-1 final thanks to some last second heroics by Krejci. Jarome Iginla opened up the scoring for Boston late in the second for his first goal as a Bruin. Patrick Marleau got the equalizer for San Jose just 18 seconds into the 3rd, setting up Krejci's very late heroics.

Both teams went 0-1 on the power play, but what really stands out is the shot differential. San Jose's Antii Niemi faced a grand total of 17 shots while Tukka Rask more than twice that number with 39 shots.

The Bruins will host the struggling New Jersey Devils on Saturday. The puck is scheduled to drop at the garden at 7:00 ET on Saturday night and the game will be televised on NESN.
Posted by Fenway_Nation at 11:35 AM