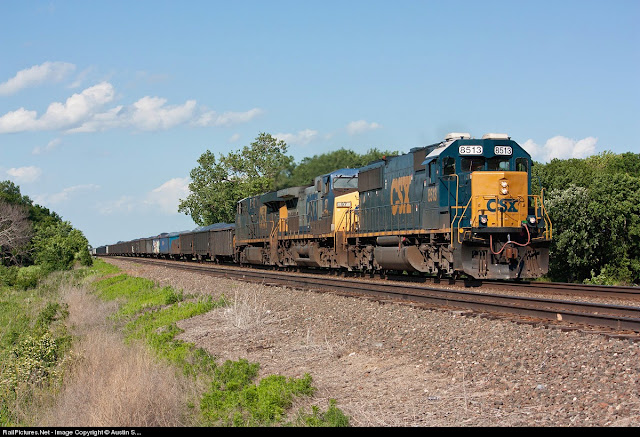 Today's Train of Thought takes us to the Great Plains, yet features a distinctly northeastern cargo.

After World War II, manufacturing plants owned by General Electric [NYSE- GE] in upstate New York discharged more than 100 metric tons of polychlorinated biphenyl (PCBs) into the Hudson River. By 1983, the recently-formed Environmental Protection Agency declared a 200 mile stretch of the Hudson River from Hudson Falls, NY and New York City a superfund site and the New York Department of Environmental Conservation prohibited fishing in the Upper Hudson due to concerns over PCB studies.

Phase one was completed in 2009- the contaminated soil was loaded onto barges that went up to Fort Edawrd, NY before being processed, put into liners and placed onto an 81 car train who's final destination is a landfill along the Texas-New Mexico Railroad in Andrews, TX.

In 2013, dredging began on a 12 mile stretch of the Hudson River between Fort Edward and Schulyerville, NY, with a new disposal site selected in Oklahoma.

Here, CSX SD50 #8513 is seen heading westbound through Ellinor, KS on BNSF's Emporia Subdivision with BNSF train U-CSXAVD [CSX interchange at Chicago, IL to Avard, OK] a unit train laden with the Hudson River's toxic bounty. According to photographer Austin Seely, once in Avard, the soil is offloaded from the railcars and onto trucks before being taken to some abandoned quarries in northwestern Oklahoma
Posted by Fenway_Nation at 10:46 PM