The crack research staff at Not Another New England Sports Blog! has just uncovered Senator-elect Scott Brown's (R-MA) ties to a heavily armed militia group known to congregate in New England. Reportedly the group assembles one weekend a month and two weeks a year and was reportedly active in the Boston area during the 2004 Democratic National Convention and has also been seen with weaponry in and around Logan airport.

The group has a long history in the region and is best known for inciting violence against authority figures shortly after it's founding.

A spokesman for Scott Brown was unable to take our inquiries seriously and declined to comment, but this photo NANESB! obtained would indicate that Brown has risen to the rank of Lieutenant Colonel within the organization. 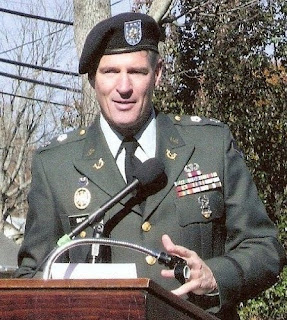 Posted by Fenway_Nation at 1:34 PM