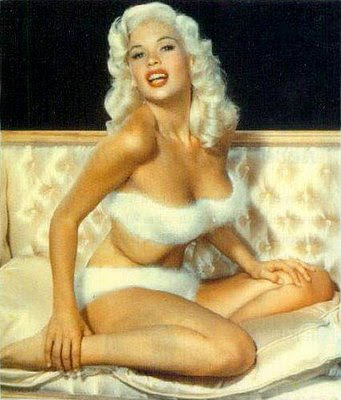 Today marked what would've been the 77th birthday of the late Jayne Mansfield. Mansfield was killed during a car crash back in 1967. The curvy, voluptuous starlet was born in this day in 1933 in Bryn Mawr, PA. Besides a career in modeling and acting, the buxom Platinum blonde bombshell participated in some contrived publicity stunts some 50 years before the phrase 'wardrobe malfunction' was even coined. 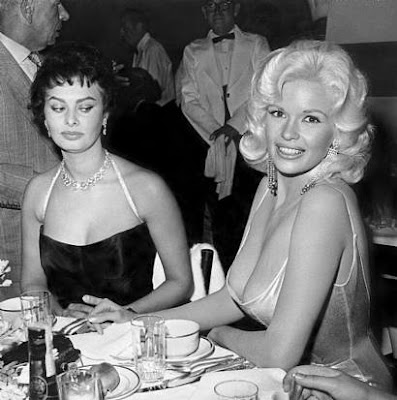 And I cannot let any mention of Jayne Mansfield pass without this photo of her and Sophia Loren sitting at the same table....one of those 'a picture's worth a thousand words' deals.

One of Mansfield's daughters was in the car the night of that fatal wreck. Her name was Mariska Hargitay and she survived the crash and would go on to a career as a model and actress herself, perhaps best know for her role as Detective Benson on Law & Order: Special Victims Unit. She even does her own stunts, suffering a collapsed lung during a 2008 shoot for the long-running TV series.
Wyatt Earp reports that curvy, voluptuous actresses are still considered desirable by many in the public to this day.
Posted by Fenway_Nation at 3:12 PM