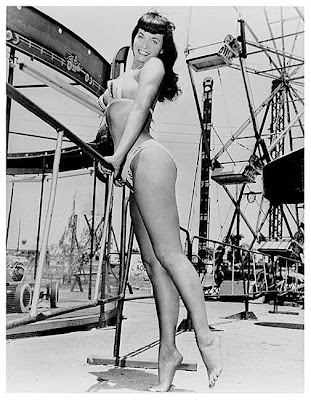 Right on the heels of what would've been Jayne Mansfield's birthday is what would've been Bettie Page's 87th birthday. Why should all the self-righteous environmentalists and hippies have April 22nd to themselves? I'm starting to think the raven-haired pin-up from Tennessee should get her own holiday. Sure she had issues later on in life marked by acute schizophrenia, assault charges and being placed in a California state mental hospital, but c'mon....how is that any worse than murdering hippie and one of Earth Day's founding fathers Ira Einhorn? Hell- we could even observe Mansfield and Paige's birthdays on the same day like what's been done with Washington and Lincoln's birthday. 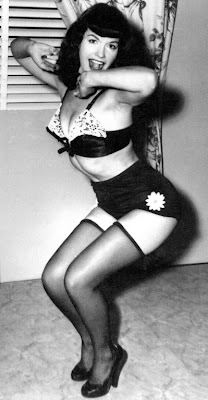 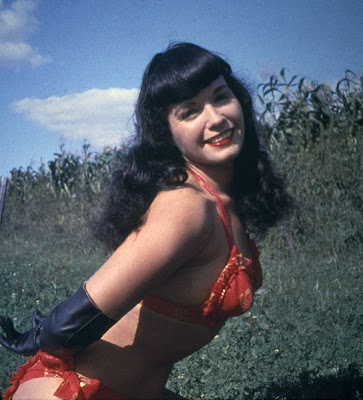 Curiously, Bettie Page was named Playboy's Playmate of the Month in January 1955. According to wikipedia, Playmate of the Month for February 1955 was none other than Jayne Mansfield [I'm not exactly an in-house expert on Playmates of the Month, but I imagine those respective issues would be worth a small fortune to collectors circa 2010- NANESB!]. 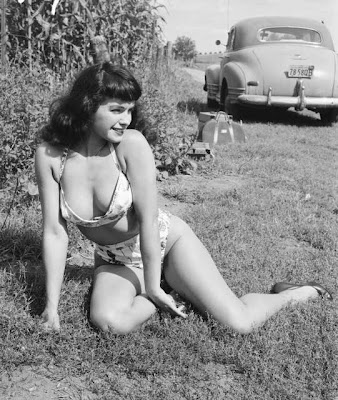 Bettie Mae Page was born in Nashville, TN on April 22, 1923. Her early life has been the subject of speculation and innuendo both online and in the biopic The Notorious Bettie Page. But that almost seems irrelevant once the uninhibited Page found herself in front of the camera lens. Perhaps the most iconic images were from a 1954 photo shoot with model/photographer Bunny Yeager that took place in a Florida wilderness park. Page posed both nude and in lingerie with two live cheetahs (and lived to tell the tale) for the shoot. 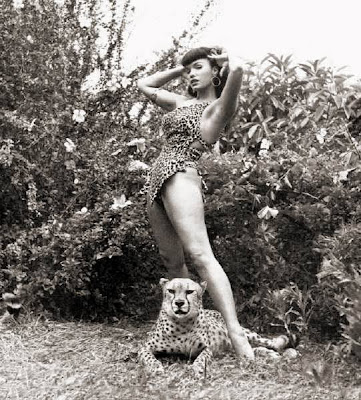 Posted by Fenway_Nation at 3:06 PM