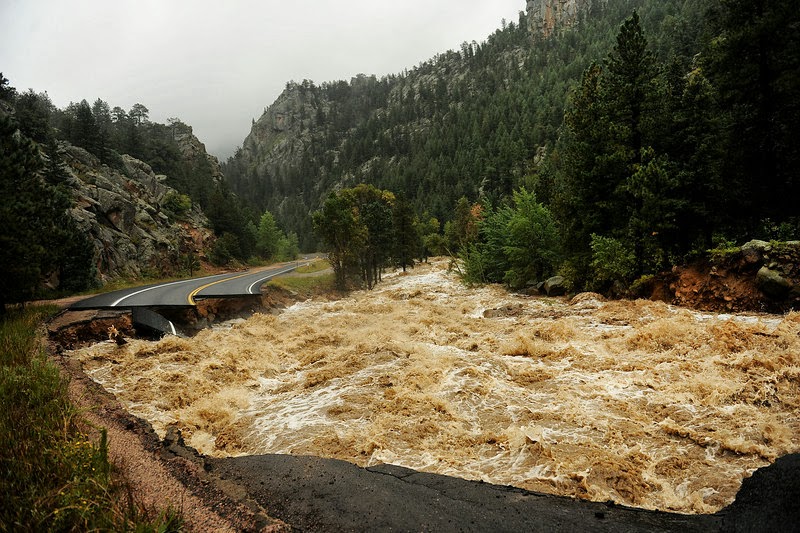 At least 7 people are feared dead after floodwaters tore through parts of Colorado's Front Range north of Denver last week. The college town of Boulder was particularly hard hit and several outlying mountain towns were cut off from the rest of the state after rising floodwaters undercut state and local highways.

Transportation networks were also snarled by the flooding, as rising waters shut down portions of I-25 between Denver and Cheyenne, WY. Union Pacific was working to restore service over their Denver- Cheyenne mainline as well as portions of the former Rio Grande Denver to Salt Lake City mainline just west of Denver. The UP is also working to shore up their transcontinental mainline downstream in Nebraska from additional damage from the floodwaters.

The Colorado National Guard had been activated and was using helicopters and high wheel vehicles in an attempt to get to some of the completely cut off homes and towns in the mountains. The National Guard has also made it a point to evacuate people with their pets if possible in what officials are calling "No pets left behind".

Early estimates put the total amount property damage in the $2 billion range. Rebuilding efforts will likely be complicated by the fact that most of the damaged structures and properties lack flood insurance.
Posted by Fenway_Nation at 10:29 PM