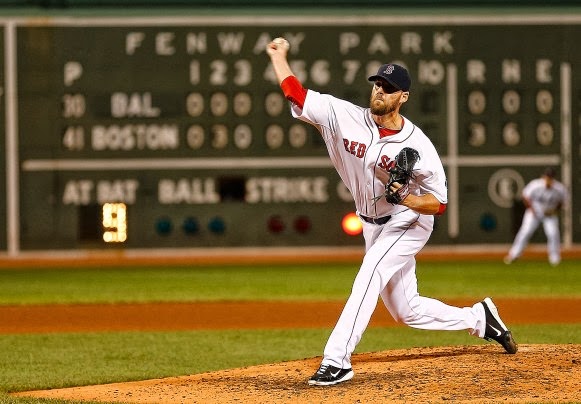 RED SOX- What a difference a year makes.

On a night when the Red Sox win total for 2013 matched their loss total from the awful 2012 season, Boston clinched their first postseason berth since 2009 [almost to the day when I started up this crappy blog- NANESB!] thanks to an outstanding complete game thrown by starter John Lackey against the Baltimore Orioles.

The O's came into town on Tuesday night in dire need of wins to keep afloat in the very tight American League Wild Card race and helped their own cause considerably by taking the first two games- despite the Red Sox jumping out to an early 2-0 lead each time. Interestingly, this was the first time in nearly a month that Boston had been dealt back-to-back losses.

Like the first two games of the series, Boston got out to a quick 2-0 lead when SS Stephen Drew belted a 1-out two-run homer off of O's starter Chris Tillman. This was followed up by a double from Jackie Bradley Jr who them came home on a Dustin Pedroia single to make it 3-0 Boston. The early lead on Thursday night held up thanks to this:

Unlike other starts by Lackey earlier this season, the starter had some run support early on. Not only was Lackey cruising, he took a no-hitter into the 7th inning before Adam Jones broke up the no-no bid with a solo homer over the Monster seats.

That would be all Baltimore would get, however, as Boston clinches their first playoff berth since 2009 with a 3-1 win. Lackey would give up two hits, one earned run, two walks and strike out a total of eight batters on 113 pitches in Thursday night's complete game, giving the bullpen a much-needed night off after Wednesday night's 12 inning Orioles win. Despite the loss, Baltimore is still only two games out of the Wild Card chase and the Red Sox will see them at the end of the month to wrap up the regular season at Camden Yards- [even by then we may not have a clearer picture of who has a Wild Card berth in the American League- NANESB!].

For Friday night, the Red Sox will host the Blue Jays for the final series of the regular season at Fenway. Earlier this week, the Jays delivered a crippling blow to the Yankees already-dim playoff hopes by taking two out of three from the Bronx Bombers at the Rogers Centre. Esmil Rogers [5-7; 4.47 ERA] will get the go-ahead against Jon Lester [14-8; 3.75 ERA]. First pitch is scheduled for 7:10 ET and will be televised on NESN [lately, we had been enjoying an embarrassment of riches as far as nationally televised games go- NANESB!]. 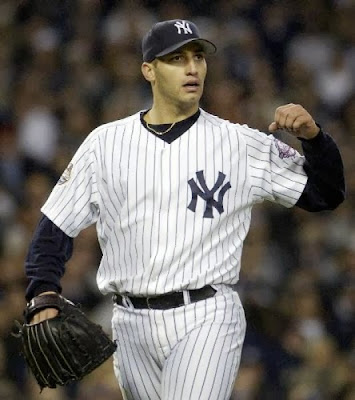 NEW YORK YANKEES- Yankees starter Andy Pettitte announced on Friday afternoon that he would be retiring at the end of this season. The 41 year old was coaxed out of retirement by the Yankees after 2011 and his last start at Yankee stadium will likely be on Sunday against the San Francisco Giants.

This season, Pettitte is 10-10 with a 3.93 ERA while he has a career 3.86 ERA and 19-11 record in the postseason, making him the winningest pitcher in postseason history. Petite is also slated to make his final start of the 2013 season against the Houston Astros at Minute Maid Park, the only other team he played for besides New York.

NCAA FOOTBALL- Not a particularly good week for the FBS schools in New England, although this was somewhat expected with Boston College now coming into a particularly difficult stretch of their schedule. Last weekend, the Eagles were dealt a 35-7 loss in their west coast road trip to USC. They will have a full week to prepare themselves for their next contest, which the Eagles could probably use. Although they return home, the will face the #8-ranked FSU Seminoles at Chestnut Hill on Saturday, September 28th. Kickoff is scheduled for 3:30 PM ET.

The Eagles won't be the only New England FCS team facing a top ranked opponent. UConn was bested by Maryland by a 31-21 final last week and will be playing host to the #15 Michigan Wolverines at East Hartford this weekend. This one will actually be aired in prime time with an 8:00 PM ET kickoff while the game will be on ABC in many markets.

Like one time Yankee Conference archrival UConn, the UMass Minutemen are in search of their first win of the season after losing 37-7 to Kansas State last weekend. This weekend, the Minutemen will host the Vanderbilt Commodores at Gillette Stadium. That game kicks off at noon eastern time. 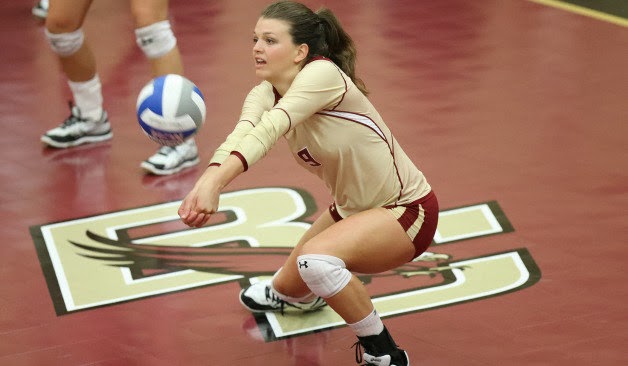 
NCAA VOLLEYBALL- The Eagles volleyball season is off to a good start with the women sweeping last weekend's Columbia tournament- already the second time they've gone undefeated in a tournament this season. Senior Melissa McTighe led the eagles with 8 kills against the Binghamton Bearcats for the finale of last weekend's Columbia tournament. Boston College started out the New York tourney in promising fashion on Friday the 13th by taking down Fordham in three straight sets before besting host Columbia 3 sets to 2.

The strong showing at the Columbia tournament gives the Eagles volleyball team and 8-2 record, good for 5th place overall in the ACC as they head into this weekend's New England Challenge tournament against Northeastern and Harvard.
Posted by Fenway_Nation at 2:34 PM