Under the Dome Sports Chowdah Update- Falcons Rally Late, But Get Their Wings Clipped; Because 162 Isn't Enough- Rangers and Rays Head Into One Game Playoff;

Have I mentioned lately how much I LOVE this time of year? 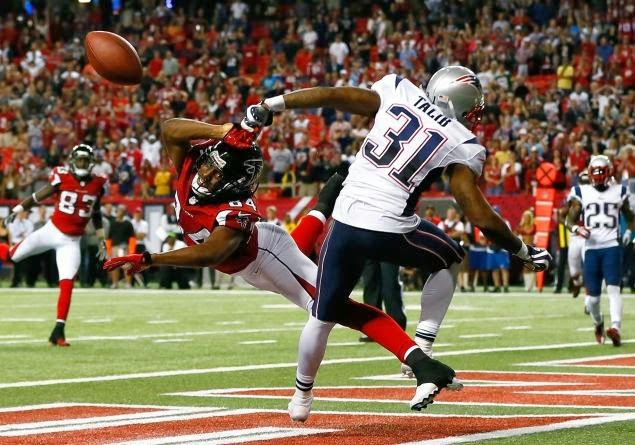 PATRIOTS- In their second prime-time matchup since week two, New England found themselves facing off against an NFC South opponent for the second straight week.

If last week's game against the Buccaneers was any indicator, Brady seemed to be settling into a groove with his corps of new receivers and vice-versa. However, they would have their work cut out for them in Week 4 on the road in the Georgia Dome against Boston College alum Matt Ryan and two of the NFL's best receivers.

The Falcons got on the board first with a Matt Bryant FG in the first before New England capped a 75 yard drive with a Brady to Matt Mulligan completion to put New England up 7-3. A 48 yard FG from Gostkowski made it 10-3 New England before Atlanta tied the contest up at 10-10 thanks to a 21 yard reception from Matt Ryan to TE Tony Gonzalez with just 38 seconds to go in the first half.

After another FG from Gostkowski in the 3rd quarter put the Patriots back on top, New England looked as though they were going to blow this one wide open at the start of the 4th quarter thanks to a 47 yard TD run from LaGarrette Blount to make it 20-10. Although the Falcons managed to drive down into New England's red zone, Michael Buchanan sacked Matt Ryan on 3rd and 5 from the New England 18 yard line, forcing Atlanta to settle for three points but still making it a 1-score game at 20-13.

The Patriots struck back quickly, thanks to two long completions from Brady to Edelman before Brady connected with WR Kenbrell Thompkins for an 18 yard TD pass. On the very first play of Atlanta's next possession, CB Aquib Talib managed to pick off a Matt Ryan pass and got as far as the Falcons 31 yard line before settling for a field goal, making it a 30-13 game with just over 6 minutes remaining in the 4th.

However, Atlanta would not go quietly and closed the gap thanks to an 11 yard TD pass from Ryan to Gonzalez before recovering the onside kick at mid field. Ryan got the Falcons as far as the Patriots 7 yard line, but Atlanta would have to settle for a field goal. New England successfully recovered the ball on Atlanta's next onside kick attempt and was simply looking to wind the clock down and get a first down on 4th and 1 at the Falcons' 37, but Brady fumbled the snap and although he recovered it, the Patriots turned it over on downs. Ryan looked as though he would make the Patriots pay when he found Julio ones for a nearly flawless 49 yard completion. However, with 36 seconds left and on 4th and 7 from the Patriot's 10, Aquib Talib broke up a Matt Ryan pass attempt to Roddy White in the end zone. New England got the ball back and Brady took a knee to run out the final seconds of the game.

New England moves to 4-0 for the first time since their 2007 dalliance with perfection. Next week, the Patriots will travel to Cincinnati to take on the Bengals. The game is scheduled for a 1:00 PM kickoff on Sunday and will be televised on CBS Sports.

MLB- WILD CARD- It looks as though 162 games wasn't enough for the Texas Rangers or Tampa Bay Rays.

First pitch for the Rays and Rangers Wild Card game is scheduled for 8:07 PM ET and will be televised on TBS. 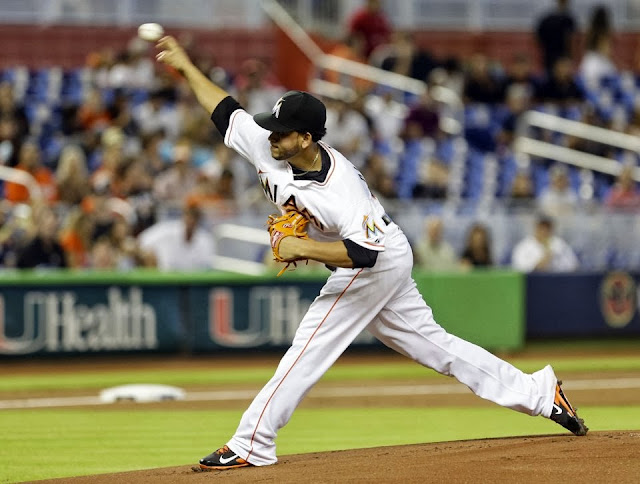 MIAMI MARLINS- And just like that the regular season is in the books, and it wasn't exactly uneventful.

While the Miami Marlins won't be going to the postseason, the end of their regular season was pretty noteworthy as starter Henderson Alvarez threw a no-hitter. Not only did the 23 year old Venezuelan starter get his no-hitter against the defending AL Champion Detroit Tigers, but he got it in an unorthodox manner and saw the game clinched when he was in the on deck, not the mound.

It was still a scoreless tie in the bottom of the 9th when Giancarlo Stanton came home on a wild pitch with the bases loaded for Miami's 1-0 win. The no-hitter was the Marlin's first since September 2006 when Anibal Sanchez no-hit the Arizona Diamondbacks.


RED SOX- The regular season for Boston ended on a less-than-glorious note after dropping two out of three to the Orioles over the weekend. Despite the losses, the Red Sox finish the season tied with St Louis for the best record in MLB with 97 wins and 65 losses.

This means that not only will Boston wait until Friday for their next game, they won't know who their opponent is until after two separate play-in games starting on Monday night. The Oakland A's finished one game behind Boston and will host the AL Central champion Detroit Tigers for the ALDS.