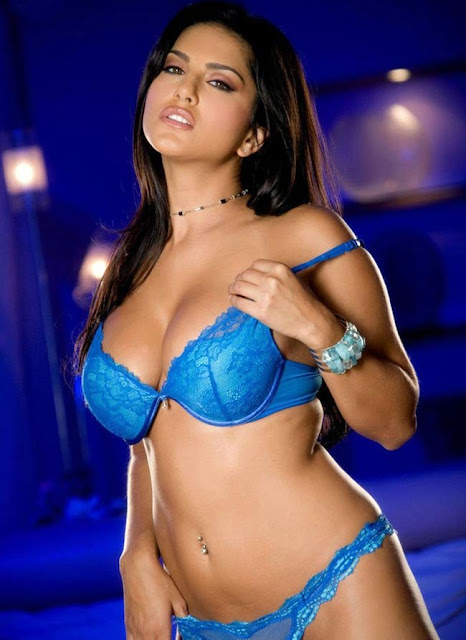 This enticing blue bra modelled by Canadian-Punjabi actress Sunny Leone- soon to be available in 34DD and 3800 kV?

In the wake of a series of public and disturbing rapes in India, three engineering students at Sri Ramaswamy Memorial University have devised women's underwear whose features include delivering a series of powerful electric shocks to a potential assailant while protecting the wearer.

"The lingerie with global positioning system, global system for mobile communications and also pressure sensors, is capable of sending shock waves of 3,800 kV as well as alerts to parents and police," says Manisha Mohan, co-developer of the innovative product named Society Harnessing Equipment.

"The shocks can be emitted up to 82 times," she said, adding it's an apt device which could get women "freedom from situations faced in public places", where at times they are reluctant to walk to lawmakers for help.

"A person trying to molest a girl will get the shock of his life the moment pressure sensors get activated, and the GPS and GSM modules would send an SMS on emergency number 100, as well as to parents of the girl," she said.

Mohan, an engineering student of SRM University in Chennai, along with her two colleagues Rimpi Tripathi and Neeladri Basu Pal, developed the prototype of SHE and are busy fine-tuning the product for commercial rollout in April.

"I have approached a friend in National Institute of Fashion Technology (NIFT) to help me find the right kind of fabric for the product so that it can be washed," she says.

The design of the electrified bra and panties were reportedly inspired by the vicious gang rape of a 23 year old woman in New Delhi in December 2012. The woman later died from her injuries and the alleged attackers were arrested by police after a tremendous public outcry.

In March, a Swiss tourist was gang-raped while camping in the central Indian state of Madhya Pradesh- police have taken five men into custody after the attack. The incidents have reportedly spurred a noticable decline in tourism in India.

Even before the highly publicised assaults, female commuters getting groped and harassed on trains throughout major cities in India. The widespread harrassment led to the formation of women-only commuter trains in Mumbai, Delhi and Calcutta.
Posted by Fenway_Nation at 11:41 PM