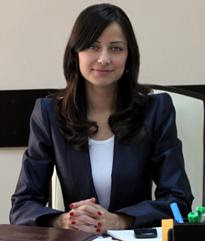 The former Soviet Republic of Georgia's newly appointed Economic minister has found herself in the spotlight after a racy picture of her surfaced on Facebook and Canada's Vancouver Sun discovered what they said were discrepancies in her resume.

Georgia-born and Canadian raised Vera Kobalia was appointed to the Economic Ministry earlier this month by Georgian President Saakashvili. Her official bio lists her as being a producer for Global TV between 2004 and 2006, but The Vancouver Sun reports that Global TV's Human Resources department can't find any record of her being on the payroll. 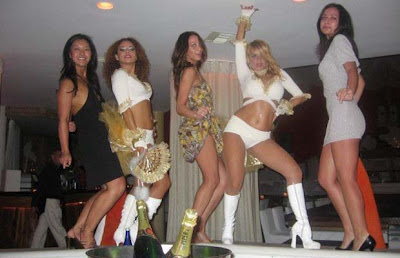 The above photo with Vera Kobalia in the middle was reportedly taken on Spring Break in Florida nearly 10 years ago, while others are claiming it was taken more recently in a Canadian strip club. Vera's sister Nina also reportedly appears in the photo and The Russian media apparently has been having a field day with this, accusing Georgian president and Kremlin nemesis Mikheil Saakashvili of appointing 'strippers' to his cabinet.
Kobilia's father, who currently runs a bakery in Vancouver BC, saw nothing wrong with the photos. According to Vera Kobalia's spokesperson "She said she could only be happy that this is the only 'compromising material' against her that could be found. She continues working without paying attention to such garbage.". Kobalia herself went as far as calling the Vancouver Sun a propaganda outlet of the Kremlin and denies doctoring her resume.
Posted by Fenway_Nation at 11:52 PM