ARIZONA: You know how gun control advocates have been lobbying for stricter gun control laws in the USA citing the number of American weapons turning up at crime scenes in Mexico? I initially derided such claims as unmitigated bullshit, but it turns out they were more on the nose than anybody thought. But what nobody banked on was that the cartels and Mexican criminals were arming themselves thanks in large part to the complicity of the US Bureau of Alcohol, Tobacco & Firearms.

BATF Agent John Dodson has come forward and in an interview with CBS went on record as saying that allowing suspect sale of firearms to straw purchasers in Arizona go through before they were smuggled to Mexico in a tactic known as letting the guns 'walk'.

Agent Dodson and other sources say the gun walking strategy was approved all the way up to the Justice Department. The idea was to see where the guns ended up, build a big case and take down a cartel. And it was all kept secret from Mexico.

Surveillance video obtained by CBS News shows suspected drug cartel suppliers carrying boxes of weapons to their cars at a Phoenix gun shop. The long boxes shown in the video being loaded in were AK-47-type assault rifles.

So it turns out ATF not only allowed it - they videotaped it.

Documents show the inevitable result: The guns that ATF let go began showing up at crime scenes in Mexico. And as ATF stood by watching thousands of weapons hit the streets... the Fast and Furious group supervisor noted the escalating Mexican violence.

Dodson feels that ATF was partly to blame for the escalating violence in Mexico and on the border. "I even asked them if they could see the correlation between the two," he said. "The more our guys buy, the more violence we're having down there."

Senior agents including Dodson told CBS News they confronted their supervisors over and over.

Their answer, according to Dodson, was, "If you're going to make an omelette, you've got to break some eggs."

There was so much opposition to the gun walking, that an ATF supervisor issued an e-mail noting a "schism" among the agents. "Whether you care or not people of rank and authority at HQ are paying close attention to this case...we are doing what they envisioned.... If you don't think this is fun you're in the wrong line of work... Maybe the Maricopa County jail is hiring detention officers and you can get $30,000 ... to serve lunch to inmates..."

Agent Dodson and others knew that allowing the guns to walk wouldn't end well, and their fears were confirmed in December 2010 when two guns from Fast & Furious were recovered from the scene of an Arizona shootout that killed US Border Patrol Agent Brian Terry.

Not surprisingly, Mexican authorities were kept in the dark about Fast & Furious as well. Mexican diplomats have petitioned the US Department of Justice for more details regarding the operation over the weekend.

Dodson has formally sought protection as a whistleblower under Federal law and has been providing information to the Senate Judiciary committee, chaired by Sen. Chuck Grassley (R-IA). 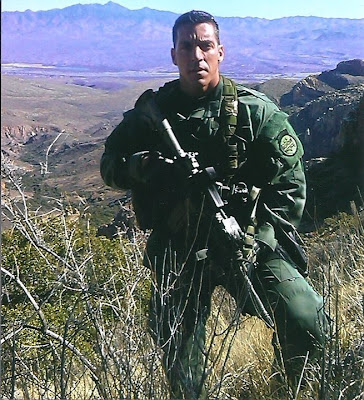 The documents say the group of illegal border entrants refused commands to drop their weapons after agents confronted them at about 11:15 p.m. Two agents fired beanbags at the migrants, who responded with gunfire. Two agents returned fire, one with a long gun and one with a pistol, but Terry was mortally wounded in the gunfight.

Terry's brother, Kent Terry, said the other agents who were there that night told him that they were instructed to use the non-lethal beanbags first. It's a policy that doesn't make sense to Kent Terry.

"You go up against a bandit crew that is carrying AKs, and you walk out there with guns loaded with beanbags - I don't get it," Terry said in a phone interview from Michigan. "It's like going to the Iraqi war with one knife. It boggles my mind. ... These guys (Border Patrol agents) are professionals; they should be able to use their judgment call on their own."

[snip]The Terry family remains upset about allegations that the Bureau of Alcohol, Tobacco, Firearms and Explosives allowed a gun smuggler it was investigating to purchase and smuggle into Mexico the weapons used in the shootout in which Terry died. The Justice Department has denied the allegations, but U.S. Sen. Charles Grassley, R-Iowa, continues to insist on the validity of the claims.

"Your government is telling you to use beanbags, but you are selling guns back to the Mexicans," Kent Terry said. "There's a lot of questions that they haven't answered."

The Border Patrol has declined comment, citing the ongoing investigation.

WASHINGTON D.C.: In a meeting with Mexican President Felipe Calderon at the White House last week, President Obama announced that a tentative agreement had been reached with Mexico that would allow Mexican truck drivers to use US Highways in exchange for Mexico dropping retaliatory tariffs on American goods once the first Mexican truck completes its run inside the USA.

OK....let me just come right out and say that this is like the layer cake of bad ideas.

Let me count the ways: I guess to start off with, expedited border crossings from Mexico mean that some criminal enterprise is going to take advantage of this which will most likely lead to expedited drug smuggling or human trafficking, abetted by corrupt officials on both sides of the border.

Last I heard, things like weigh stations, logbooks, preventative maintenance, hours of service, and safety inspections were these whimsical, novel foreign concepts to the majority of truckers on the Mexican side of the border. Even if Mexico reciprocates and allows American truckers to drive further into Mexico's interior, there's the the matter of rampant crime in the form of hijackings and roadblocks set up to rob drivers or steal their cargo. Either that or set it on fire as part of an impromptu blockade while one cartel or another lays siege to a Mexican city.

And lastly, I fail to see how allowing more Mexican trucks onto US highways would benefit the American economy or create American jobs- union or non-union.

MEXICO CITY: A Major in the Mexican Army is suspected of leaking information to drug cartels, training hitmen and enforcers through a private security company and funnelling weapons from the Mexican military to cartels like Los Zetas, according to a US diplomatic cable released on Wikileaks.

Major Arturo Gonzalez Rodriguez was assigned to President Calderon's security detail before being arrested in December 2008 for accepting $100,000 a month bribes from multiple cartels in exchange for relaying the travel plans of Calderon.

The cable also alleges that another official working for the Calderon administration leaked copies of his medical file to drug traffickers. 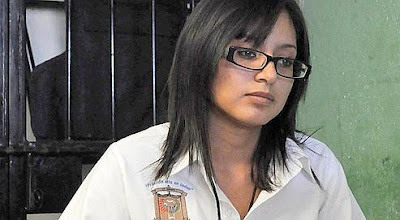 CHIHUHUA: The 20 year old woman who found herself in the limelight in 2010 for becoming police chief of the border town of Praxedis G Guerro after her predecessor was murdered and beheaded by narotrafficantes was fired on Monday after failing to show up for work.

City officials released a statement saying that the mayor had decided to remove Marisol Vallez Garcia from office after she failed to show up after a leave of absence in which she had to attend to a family emergency. She was accompanied by a local official as far as the International Bridge connecting El Provenir with Ft. Hancock, TX last week.

Marisol Valles, then a 20 year old criminology student studying at the University of Guadlajara, was the only person willing to take the job and was sworn in on October 18, 2010 a year after the previous police chief was kidnapped, murdered and beheaded and his severed head left outside the Paxedis G Guerro police station.

Valles is reportedly seeking asylum in Texas after her infant son was being treated for an unspecified illness there. She also was reportedly subjected to a number of anonymous death threats during her brief tenure as police chief.

Posted by Fenway_Nation at 1:10 PM