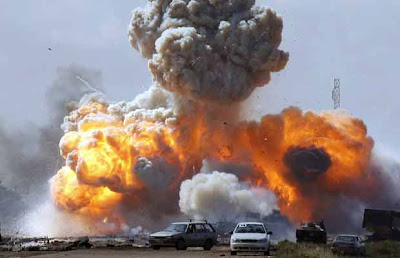 Coalition airstrikes against Libyan military targets began over the weekend in what's being called Operation Odyssey Dawn. Although Pentagon and NATO officials sounded optimistic at the early success in taking out Libyan air defences and Libyan rebels seemed to be regrouping, a defiant Mummar Ghdaffi promised to drag out the conflict for as long as possible. 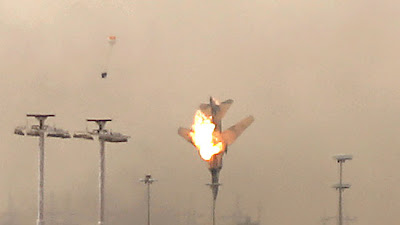 Although the rebels claimed they were able to shoot down some of Ghdaffi's fighter planes in skirmishes, aircraft manned by pilots loyal to the Libyan ruler have largely enjoyed air supremacy over the rebels. On top of that, it's thought that only 10% of the rebels have any kind of military experience. 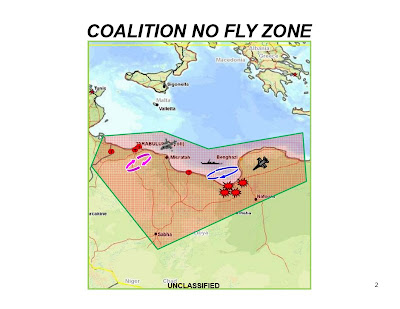 Participants in Operation Odyssey Dawn so far include the USA, the UK, France, Italy and Canada with ships or aircraft from Spain, Denmark, Belgium, Qatar and Norway ready to participate in enforcing the no-fly zone over the next few days. After strikes against military targets in Benghazi, Sirte, Misrata, Zuwara and Tripoli, more than a dozen French aircraft started off the second day of Odyssey Dawn by patrolling the proposed no fly zone without incident over the weekend. Rebels based out of the stronghold of Benghazi have begun pressing back south on the highway to Ajdabiya after the road was cleared by coalition aircraft on Monday, hoping to retake one of the cities they lost to troops loyal to Ghdaffi last week.

Meanwhile an Algerian TV station is reporting that Ghdaffi's 6th son and commander of the feared Khamis Brigade was killed when a rebel Libyan pilot crashed his aircraft into the brigade's barracks in a suicide mission on Saturday. The Ghdaffi regime denies the report that Khamis Ghdaffi, 27, was killed in the attack while other sources indicated it was a British cruise missile that slammed into the Khamis Brigade headquarters.
Posted by Fenway_Nation at 10:29 PM