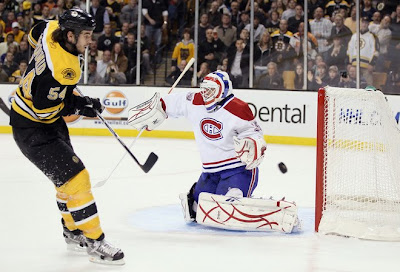 Wow- what can I say? There's no other word for it aside from 'Le Spank'.


A couple of thoughts regarding Thursday night's Bruins/Canadiens game at the Garden: 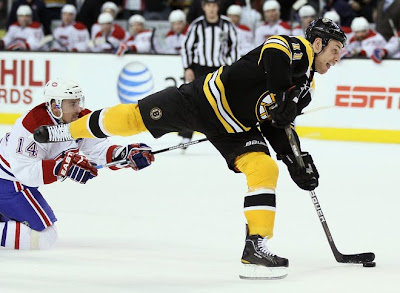 All this talk of revenge and Zdeno Chara being persona non grata in Montreal was for naught as the Bruins delivered perhaps the most staggeringly one-sided beatdown of the regular season Thursday night against arch rival Montreal. 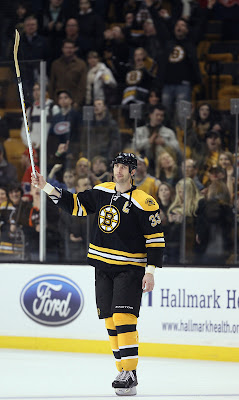 It was actually fairly close up until the 3rd period- not that 3-0 is anybody's idea of 'close', but squandering a 3 goal lead isn't unheard of either. Johnny Boychuck scored about a minute into the game, followed by an even strength tally by Gregory Campbell 13:43 into the first and a power play goal from Nathan Horton with just over 2 and a half minutes left in the first.

Carey Price would actually manage to keep the Bruins off the board altogether in the 2nd, but the back-breakers would just after the 4 minute mark in the 3rd on tallies from Nathan Horton and Adam McQuaid- only 26 seconds apart- to make it a 5-0 game and give Price the hook and replaced with Alex Auld. At the 11:27 mark, Auld would give up an even strength goal to Tomas Kaberle (his 1st as a Bruin) before Campbell would put the exclamation point on Thursday's game with a shorthanded goal at the 13:35 mark- did I mention that the Canadiens had a 2-man advantage at the time?

The Bruins simply beat down Montreal by a 7-0 final. Tim Thomas faced 24 shots from the Canadiens in his shutout while Price stopped 28 of 33 shots he faced and Auld stopped 2 of 8 shots faced. Gregory Campbell and Nathan Horton had 2 goals each while Zdeno Chara and David Krejci each had 3 assists.

Boston's next game will be at home against the New York Rangers on Saturday afternoon at 1 PM ET before making the relatively short trip to Philadelphia on Sunday night to take on the Flyers at 7 PM ET. Both games will be broadcast on NESN.

NBA: The Celtics failed to stave off a late rally by the Bobcats on Friday night at the garden, losing to Charlotte by a 83-81 final. The Bobcats were down by as much as 13 points late in the 4th quarter, but started clawing back thanks to a 16-0 run where they took their first lead of the night with just under 4 minutes left in the 4th quarter.

The win puts Charlotte within 2 games of the Eastern conference's final playoff spot while Boston has lost 6 of their last 10 games, including Wednesday's game against the Memphis Grizzlies. 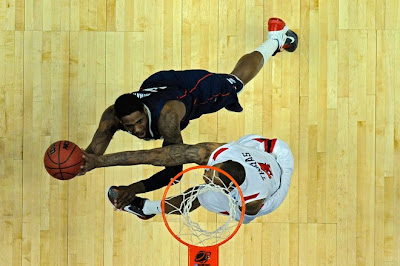 NCAA HOOPS: After a fairly close game in front of a partisan crowd in Southern California, the UConn Huskies managed to pull away late from the San Diego State Aztecs thanks in part to Huskies G Kemba Walker's 22 second half points (36 total). The final from Thursday's game in Anaheim, CA was 74-67- although much of the game was basically a 1-possession game.

UConn's win sets up a match against the Arizona Wildcats at the Honda Center in Anaheim on Saturday at 4PM Pacific, 7 PM ET.
Posted by Fenway_Nation at 10:58 PM