Meet Meghan Brown of Tierra Verde, FL. By her own admission, the 2009 Miss Tierra Verde is a terrible shot. 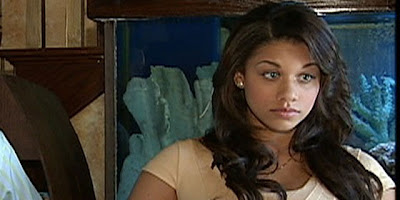 However, her lackluster marksmanship would be put to the test in a late night encounter with a home intruder ealier this month.

[42 year old ex-convict Albert Hill] barged into the home at around 3 a.m. after Brown responded to a knock at the front door, according to a police report. He allegedly grabbed the 110-pound Brown around her nose and mouth and dragged her to an upstairs bedroom.

The woman’s fiance, Robert Planthaber, said in an interview that he was quickly awakened by the altercation and ran to Brown’s side.

"I attacked him and took a severe beating to the head," Planthaber told FoxNews.com. "But I got him off of her long enough for her to scramble to the room where she keeps her pink .38 special.”

Brown snatched her gun from a nearby bedroom and shot the suspect several times – hitting him in the chest, groin, thigh and back, her fiance said. Hill was pronounced dead at the scene.

Hill had been in and out of prison on burglary, grand theft and battery charges since 1986. His most recent run-in with the law was a drunk and disorderly charge back in September 2010. 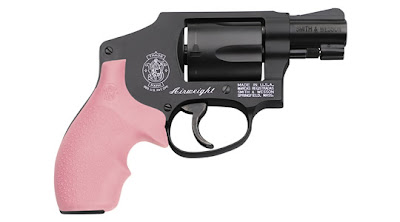 The gun in Ms. Brown used to shoot the intruder was a pink .38 Special she recieved as a Christmas present from her fiance.

It's probably for the best that Mr. Hill was pronounced dead at the scene. I mean, aside from taking one to the groinal reigon- if you're some badass convict, could you imagine anything more awkward than explaining upon your return to the big house that you got capped by a chick with a pink gun?
Posted by Fenway_Nation at 10:28 PM