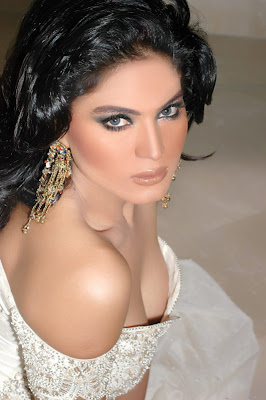 Not surprisingly, in a country where religious minorities and moderate politicians are assassinated by radical muslims on a shockingly regular basis, Pakistani actress Veena Malik and her family have received death threats by militants from the Tareek-e-Taliban for her controversial appearance on the Indian reality TV show Big Boss (the Indian equivalent of Big Brother) and her subsequent smackdown of an Islamic scholar on a Pakistani talk show when she was accused of 'immoral' behavior and 'shaming' Pakistan.

You had to figure that it was only a matter of time.


Malik, for her part, took it upon herself to point out during the interview-turned-shouting match that Pakistan has much bigger concerns at hand than what she wore while in India. It gets even more interesting when the mufti challenging her (via remote video feed) admitted that he hadn't even watched the Big Boss series where the Lollywood star was filmed cuddling and massaging the neck of one of her Indian housemates.

Malik is currently back in India taping for a show she is hosting called Big Toss, covering the Cricket World Cup through April 2. Her agent in Lahore, Pakistan was able to produce a copy of one of the threatening letters for the AFP, although the news outlet couldn't immediately verify the credentials sender.

"The letter says that Tehreek-e-Taliban has taken a decision as a Muslim to punish Veena Malik soon," [Malik's agent Sohail] Rashid told AFP.

"We want our daughters and sisters in our homes only and Veena Malik, who is humiliating Pakistan's name in India, will be punished soon," Rashid quoted from the letter.

"We are soon going to punish Veena Malik so that our future generations may be afraid of going to India. It is the responsibility of all Pakistanis and Muslims, but now we are going to accomplish it," Rashid quoted the letter as saying. 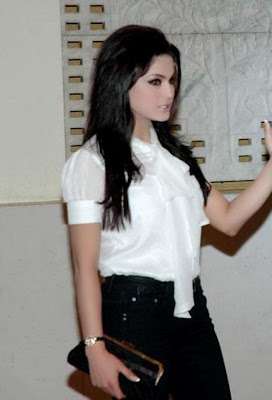 While testifying against ex-husband and Pakistani cricket player Mohammed Asif, before the International Cricket Council (cricket's international governing body) Malik's family reportedly received death threats last year. The popular Asif was implicated in a match-fixing scandal in September 2010 and Malik had provided the ICC with phone records proving that Asif had been in contact with an Indian bookmaker prior to a match with England.
Posted by Fenway_Nation at 10:33 PM