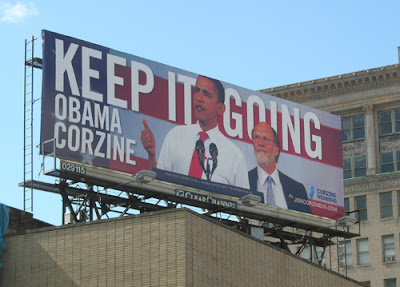 The MF Global Securities firm run by former New Jersey Governor and Goldman Sachs [NYSE: GS] chairman John Corzine will be investigated by the FBI to determine if the firms actions violated criminal laws after filing for bankruptcy protection on Monday. MF's bankruptcy was reportedly the 8th largest filing in US History.

Under Corzine's leadership, MF Global bet $6.3 billion on debt issued by Italy, Spain and other European nations with troubled economies. Those bonds have lost value in recent weeks as fears have intensified that some European countries might default.

Regulators said in September that MF Global was overvaluing some of its European debt investments. It required the company to raise more cash, according to court papers filed on Monday.

Corzine reportedly continued to use clients money as losses from the European sovereign debt MF invested in increased.

Reports had also been circulating as recently as a few months ago that Corzine was a possible replacement for current US Treasury secretary Tim Geithner should President Obama win a second term. In fact, these rumors led to an oddly specific stipulation in a $325 million bond offering from MF.


MF creditors were so concerned that Corzine might quit to take a White House post that they demanded an “Obama clause” be inserted in a $325 million bond offering -- in which MF would shell out an extra 1 percent in interest if Corzine left for a government post by 2013.

Oddly, the regulator in charge of investigating the wreckage of Corzine's securities firm worked at Goldman Sachs with Corzine and donated $10,000 the the Democrat party of New Jersey when Corzine was running for governor in 2005.

In 2009, Corzine lost re-election to Republican challenger and former US Attorney Chris Christie despite a number of high profile campaign appearances with President Obama stumping on behalf of the incumbent.

More recently, however, Corzine has gone on to become one of the top bundlers for Obama's 2012 campaign, raising at least $500,000 by many estimates.


A recent list of top “bundlers” or elite fundraisers released by Obama’s campaign listed Corzine in the highest category -- reporting that he had raised more than $500,000 for the campaign. A substantial chunk of those funds were collected at a $35,800 per ticket fundraiser that Corzine hosted at his wife’s spacious Fifth Avenue apartment last April -- an event that was touted at the time as part of a concerted effort by the president’s campaign team to reach out to well-heeled Wall Street donors who had been alienated by some of his policies and previous public comments.

In the meantime, an estimated $700 million in funds from MF Securities remains unaccounted for.

The Obama Administration had promised to return monetary donations from Corzine [although they didn't clarify if it was Corzine's $5000 maximum individual contribution or the contributions in excess of $500,000 that Corzine helped bundle from other wealthy donors- NANESB!] earlier this week.

I find it quite telling that the whole #Occupy Wall Street movement claimed they had taken to the streets to protest nationwide about the greed and excess on Wall Street embodied by Corzine's actions at MF Securities, but have remained remarkably silent about Corzine and the primary benefactor of his largess, President Obama.
Posted by Fenway_Nation at 12:47 AM