New York City Mayor Michael Bloomberg has opened up his checkbook for six Democrats running for the state office in Virginia ahead of Old Dominion's November 8th elections for state Senate and House of Delegates.

Bloomberg has donated $25,000 apiece to the campaigns of six Democratic candidates for the Virginia state Senate who share his strict beliefs on gun control, officials told the Daily News Friday.

The deep-pocketed mayor, who drew the ire of the Virginia attorney general when he ran gun stings there five years ago, will travel to Old Dominion to campaign for the candidates next week, the officials said.

Bloomberg was slammed by Virginia's then-attorney general - and now governor - Bob McDonnell for the 2006 stings.

The announcement comes a few days after 8 current and former NYPD officers were arrested by the FBI in a gunrunning sting where the officers are accused of trafficking in stolen property and purchasing guns from an undercover FBI agent before filing off the serial numbers. 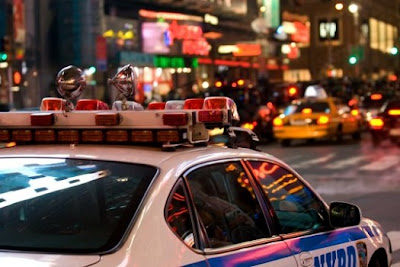 The investigation into the conspiracy began in 2009, when an FBI informant was introduced to one cop, William Masso of the 68th Precinct, "as a person who could 'fix' the [informant's] traffic tickets," according to court papers obtained by the Post. But a law-enforcement official tells the tabloid that the probe was "totally unrelated" to the NYPD ticket-fixing scandal currently under investigation by the Bronx DA, who is expected to charge 16 officers soon.

In this case, the officers are accused of buying inoperable weapons, including an M-4 assault rifle, from an undercover FBI agent. They then allegedly filed off the serial numbers so they couldn't be traced, and transported them over state lines. Masso allegedly told his conspirators that they should carry their police badges, and if they ran into trouble with non-corrupt cops, to say they were cops working off-duty "delivering items purchased at auction."

Interestingly, while the news of crooked NYPD cops allegedly trafficking black market guns with the serial numbers filed off was the most dramatic accusation made against them, the cigarette smuggling scheme the accused were reportedly involved in was their most lucrative.

The demand for cheap cigarettes in New York—which has the nation's highest tax levy, $6.46 a pack in the city—has fueled a burgeoning underground market that costs the city about $200 million a year and the state $525 million, city, state and federal officials said.

"Over the past decade we have seen a marked increase in contraband cigarettes coming into the greater New York area," Joseph Green, a spokesman for the ATF's New York office, said Wednesday.

The cigarette-smuggling operation actually made the defendants more money: Undercover investigators paid the defendants about three times as much money—about $92,000—for moving cigarettes than for the guns, the complaint said.

And unlike the guns the defendants sold in the federal sting operation, some of the 2.4 million cigarettes they allegedly smuggled appear to have made their way into the New York market, the complaint suggests.

According to recorded conversations cited by federal prosecutors, Mr. Masso was long familiar with cigarette smuggling. He told undercover investigators that he used to acquire cigarettes from a woman who bought them from Native American reservations and put bogus tax stamps on the cigarette boxes, a criminal complaint said.

He allegedly told the informant that he made $5,000 a week on the scheme and ruminated about again finding the woman and getting a tax stamp.

Meanwhile, Bloomberg's felon-riddled gun control advocacy group has begun lobbying in earnest against national conceal-carry reciprocity legislation that has been working its way through Congress. Members of the organization claim the legislation would undercut state's rights, which is pretty interesting considering how much Bloomberg himself had attempted to influence firearms legislation in Virginia and Arizona.
Posted by Fenway_Nation at 11:27 PM