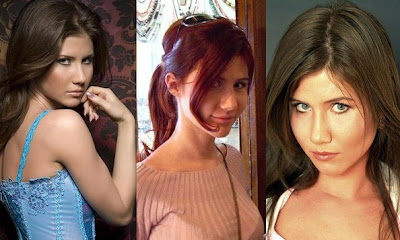 By all accounts, accused Russian 'spy' Anna Chapman was a latter day Mata Hari. I have to use the quotes around 'spy' because there's not only the matter of her guilt or innocence being proven through the judicial process, but assuming she was sent by Russia's FSB (successor to the Soviet-era KGB) the her espionage acumen should be called into question. Let's also keep in mind that dancer, courtesan and double-agent Mata Hari was herself fairly inept as a spy and was executed by firing squad in 1917.

While Chapman didn't conceal her Russian identity, she apparently had a hard time keeping her cover stories straight.

"She made up a different story every time," [one Wall Street source] said.

"The first time, she said she ran a real-estate Web site. Then the next time, she was working on an oil deal."

Some thought she was an online entrepreneur with a Russian real-estate website, while others assumed she was a prostitute and still others figured she was the wild-child daughter of one of the Russian oligarchs. Those who knew Anya Kuschenko- the real name behind the Volgagrad Vixen's alter ego, according to Russian media- described her as "sweet", "friendly" and "flirtatious". Besides being unusually inquisitive, she also would often wear revaling designer-label dresses to cocktail parties and social functions in Manhattan's financial district.

I think Jim Gerhagty said it best in National Review:

All this post Cold War cloak-and-dagger stuff kind of begs the question of what the Russkies were hoping to learn from these spies. I mean they already got what they wanted from the Obama Administration, no questions asked. The FBI complaint alleges that Chapman and 10 others sought to infiltrate and influence policymaking circles of the US Government [so who better to send than the Russkie equivalent of Paris Hilton?- NANESB!]. Aside from Chapman, some of the others detained by the FBI in the sweep include the Vice President of New York's Morea financial services, a journalist for New York's Spanish language El Diario newspaper and an adjunct anthropology professor at Baruch college. As a throwback, they even did the encrypted messages with invisible ink and dead-drops thing with their Russian handlers.

Another member of the ring was detained by Cypriot police in Larnaca, Cyrpus but almost immediately skipped bail.
Posted by Fenway_Nation at 1:03 PM