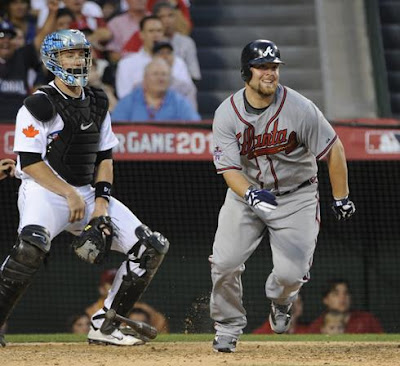 Washington Nationals closer Matt Capps was credited with the win with just five pitches worth of work and the Dodger's Jonathan Broxton held off a late rally in the bottom of the 9th for the 3-1 win. Tampa Bay's Evan Longoria scored the only run of the night for the AL in the bottom of the 5th on a Robinson Cano sac-fly. The Yankees Phil Hughes was hung with the loss while the ChiSox's Matt Thorton gave up the game-winning double to McCann in the top of the 7th.

The win on Tuesday night also means that the National League will have home field advantage to start off this year's World Series.

Tuesday night's game capped off three days of festivities including the 2010 MLB futures game, the Home Run Derby and the Legends/Celebrity Softball game.

Although six Red Sox players were nominated to the 2010 All Star game, only Adrian Beltre, David Ortiz and Jon Lester saw the light of day Adrian Beltre struck out in his only at-bat, leading off the bottom of the 9th while Papi went 1 for 2 with a single, also in the 9th. Lester had a 1-2-3 inning in the top of the 6th. 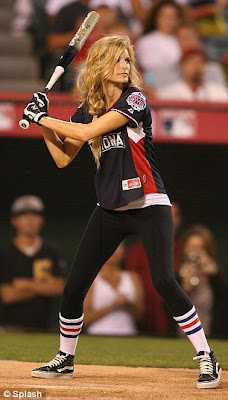 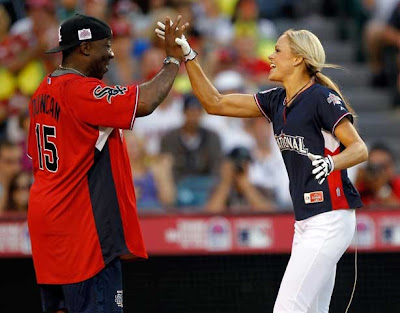 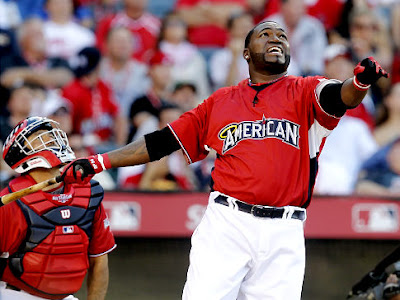 Not too surprisingly, Big Papi pretty much won that contest going away after squaring off against Florida's Hanley Ramierez in the final round. Papi was interviewed by Erin Andrews afterwards, where he said a few words in honor of the late Jose Lima who passed away earlier this year. I'm just hoping his explosive performance at the Derby doesn't wear him down further into the regular season- anybody else notice a slump in his performance after an equally impressive HR Derby at the All-Star game in Pittsburgh a few years back?

Speaking of ESPN and Erin Andrews, the ESPYs were on tonight- just a hop skip and jump up the I-5 from Anaheim at Los Angeles' Nokia Theater. I caught some of the red carpet show prior to the actual awards at the same bar I caught the concurrent Red Sox/Celtics/Bruins games (all nationally televised, no less) before I had to go to work for a few hours. 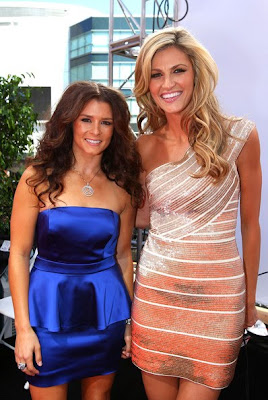 Had no idea Erin Andrews was so tall...or Danica Patrick was so diminutive. Yea- I know Erin's wearing heels, but she's towering over the Indycar driver like a sequoia over a garden gnome....

OK....slight exaggeration on my part, but the size differential is noticeable.