UPDATE- 7/8: The most highly-anticipated free-agent NBA signing of the offseason took place earlier today with LeBron James announcing that he intends to sign with the Miami Heat, turning down a 6-year $128 million contract with the Cavs to head to Florida. Reportedly, the most that Miami could offer James was $99 Million over 5 years- so James took a pay cut to play in Florida.

The announcement came two days after Miami announced they had agreed to contracts with Toronto's Chris Bosh and the Heat's own Dwayne Wade.

WORLD CUP: And just like that, the World Cup is down to the last two teams. 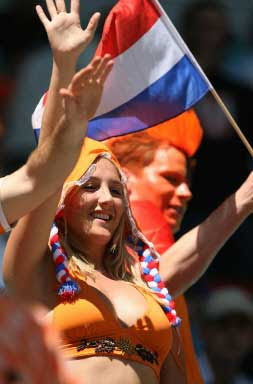 {Spoiler Alert! Both of them are European} 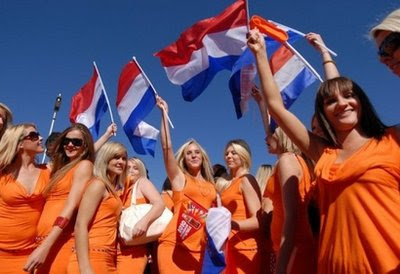 The last non-EU team, Uruguay, was eliminated by the Dutch on Tuesday night, despite getting an injury-time goal to make it a one goal game. The Netherlands advances to their first World Cup final since 1978 after sending Uruguay packing with a 3-2 win in Cape Town. 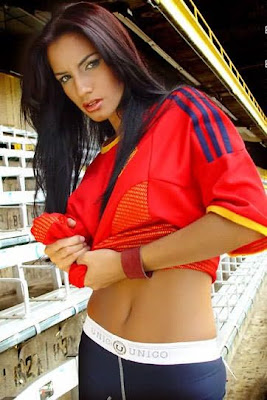 Meanwhile, after depriving Paraguayans the spectacle of a streaking lingerie model in their capital, Spain went on to shut out Germany 1-0 on Wednesday night. Carles Puyol scored the lone goal of the game in the 72nd minute off his noggin. After the game, German head coach Joachim Loew said he was certain Spain would go on to win the World Cup at a press conference in Durban. 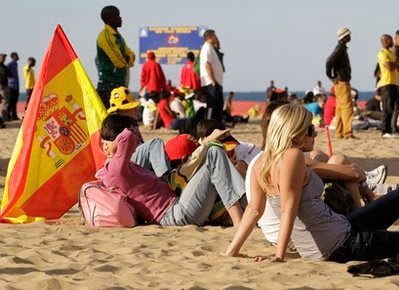 So there you have it. This will be Spain's first ever appearance in the World Cup final, which is set to take place July 11 at Johannesburg's Soccer City. Uruguay and Germany will play the third-place game in Port Elizabeth the day prior. 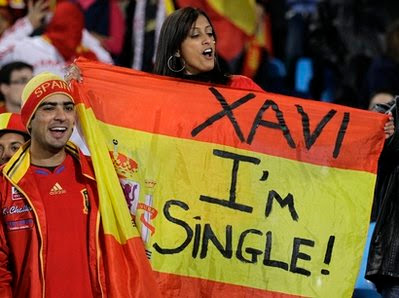 And on a personal note, might I add that while the female contingent of Spanish and Dutch fans hardly traipse around in bhurkas, Brazil's female fan base tended to be more abundant, exhibitionist and photogenic....which was all the more reason I was a little sad to see them go.

MLB: Well....I was going to insert some pithy commentary about how the Red Sox seem to manage to find somebody like a Daniel Nava or Darnell McDonald to oh-so-capably step up and fill the void when one of the starters winds up on the DL.....but then Boston went and dropped 4 straight games.

Which is relevant because not only does it mean Tampa Bay vaults past Boston for 2nd place in the AL East, but because if there's any sort of tie between either the Red Sox and Yankees or Red Sox and Rays for the AL East pennant or Wild Card, one of the tie breakers is going to be that team's record within the division.

Just to add insult to injury, did I mention that Boston lost the final game of their home stand to the lowly Orioles? I did catch some of Tuesday night's game with Felix Doubront on the mound. There was also the intruige of Doubront going up against his former manager in Boston's South Atlantic League affiliate Greenville Drive, Gabe Kapler. Kapler went 0 for 2 with two walks on the night and Doubront was pulled in the 6th in the 3-2 loss to Tampa. Kevin Youkilis

Tim Wakefield was charged with six runs in Wednesday night's 6-4 loss to Tampa Bay while the Rays David Price became the first AL pitcher to win 12 games this season.

Kevin Youkilis is in the running for a online campaign to be named to the last AL All Star spot, along with Minnesota's Delmon Young, Texas' Michael Young, the Yankees Nick Swisher and the ChiSox's Paul Konerko.

Tomorrow is the last day for voting *hintity hint hint*